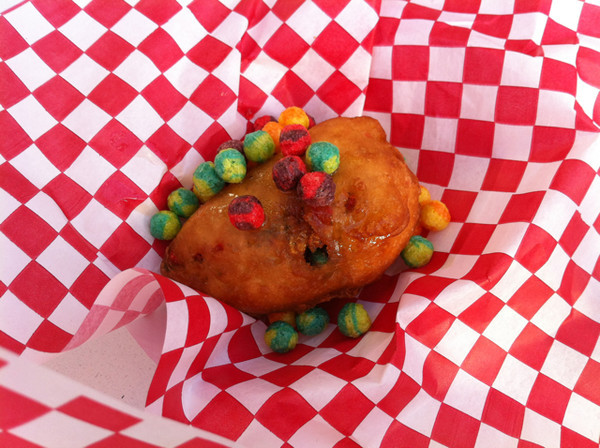 In 2011, fair food vendor “Chicken” Charlie Boghosian launched his deep-fried Kool-Aid balls at the San Diego County Fair. Before that, he introduced the deep-fried Twinkie and other unique fair food concoctions. This year he is debuting Totally Fried Cereal, deep-fried breakfast cereal, at his San Diego County Fair booth in Del Mar, California. At this time, the cereals offered are Trix and Cinnamon Toast Crunch. Be sure to take a look at his entire menu of deep-fried foods (he’ll fry most anything). Of course, Chicken Charlie’s deep-fried cereal is not to be confused with Charles Phoenix’s Fried Cereal. 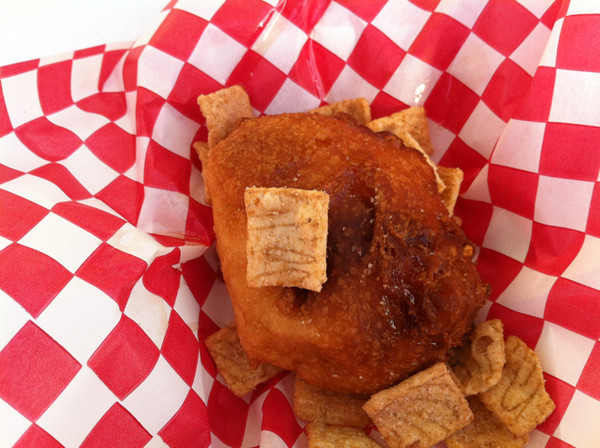 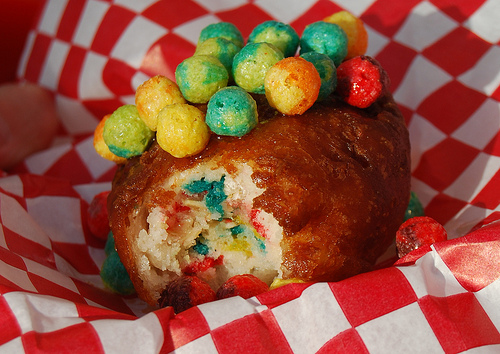 image via My Burning Kitchen 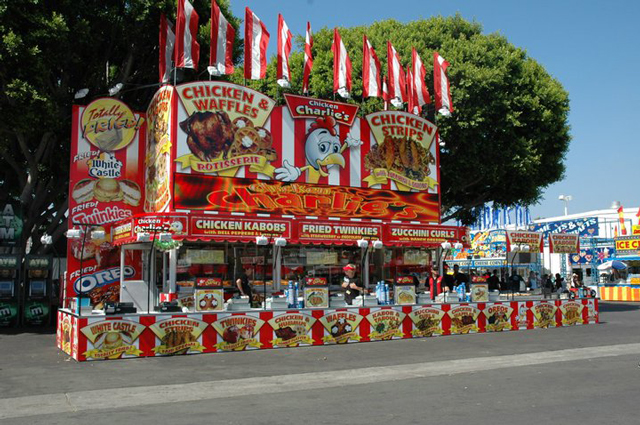