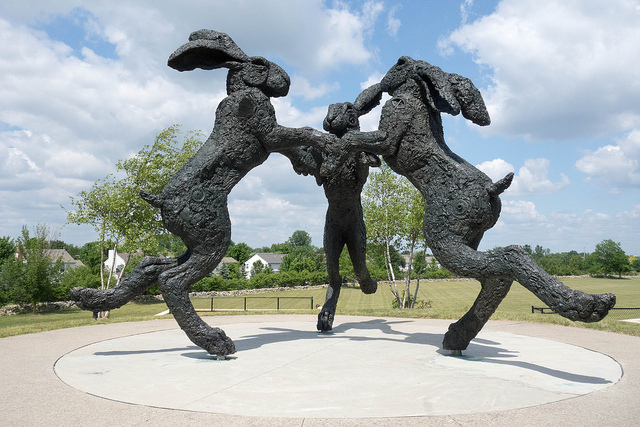 Sophie Ryder lives in the heart of the Gloucestershire countryside where hares are a native and prolific species measuring 24″ when sitting with ears upright. She became enthralled with the hares annual spring courtship — standing erect and “boxing” each other for mates and territory; hence the phrase: “Mad as a March Hare.”

Initially unveiled at The Hague, Holland, “Dancing Hares” was commissioned in 2001 by Edwards Golf Communities, as the whimsical centerpiece for Ballantrae’s entry park-on loan to the City of Dublin. 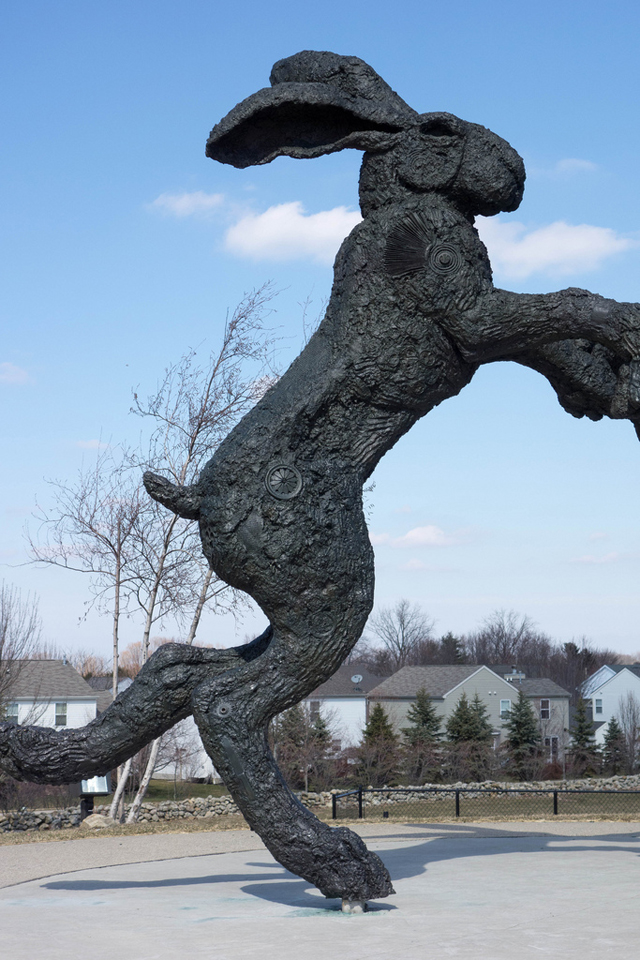 Inviting a sense of discovery for all to come and see, Ms. Ryder has embedded everyday household objects in the bronze sculpture encouraging “children” of all ages to seek and find these things. 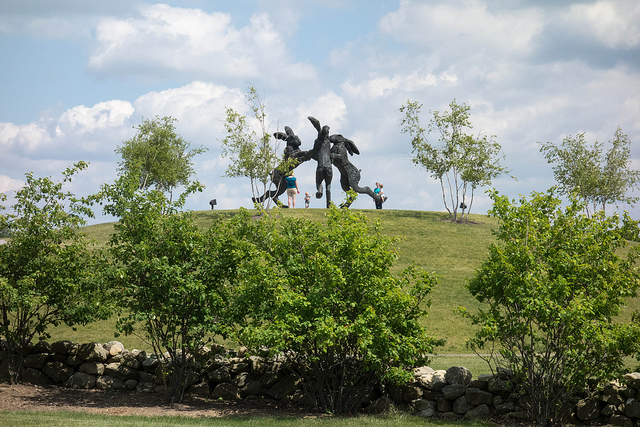 Here is a 6-second Vine video showcasing the three rabbits: