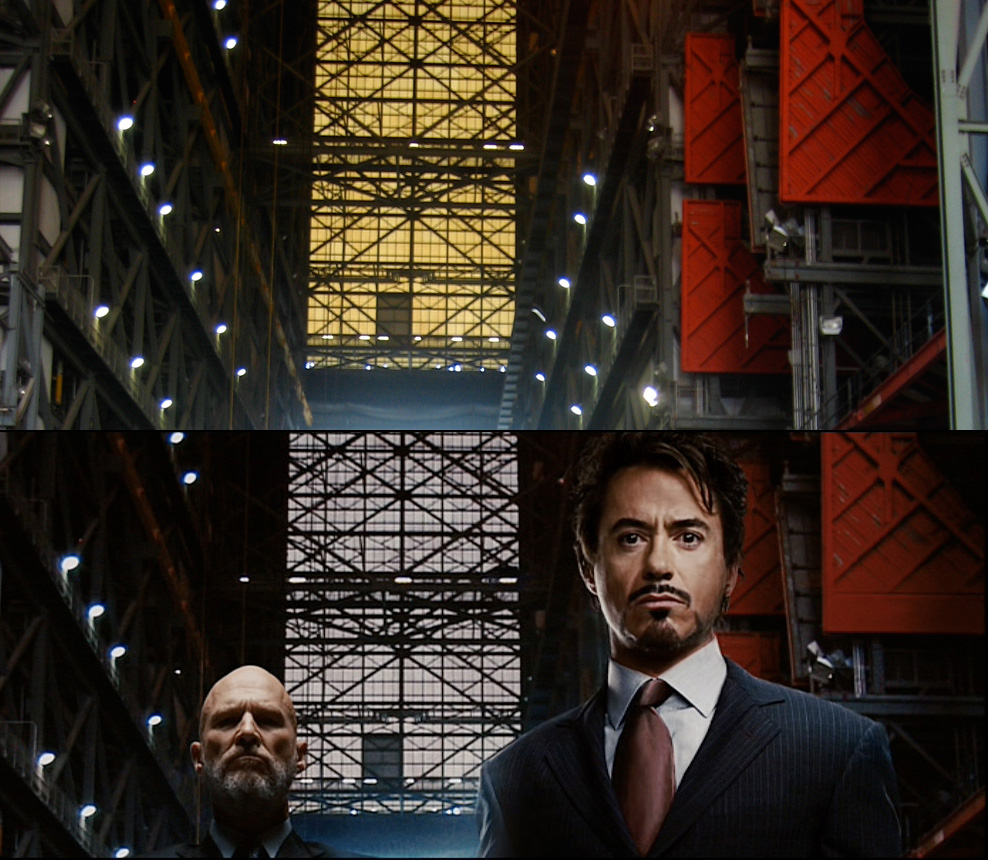 On his blog, UK-based web developer and hobbyist photographer Jeremy Keith recounts how a vacation photograph he took inside NASA’s Vehicle Assembly Building came to be used in the 2008 blockbuster Iron Man.

Three minutes into the movie, there was my photo. It fills the screen.

The camera lingers over it while performing its best Ken Burns effect. Not only was Robert Downey Jnr. photoshopped onto the picture, Jeff Bridges was on there too! The Dude!! …On my picture!!! My Flickr pictures have been used in some pretty strange places but this must surely be the strangest …and the coolest.”