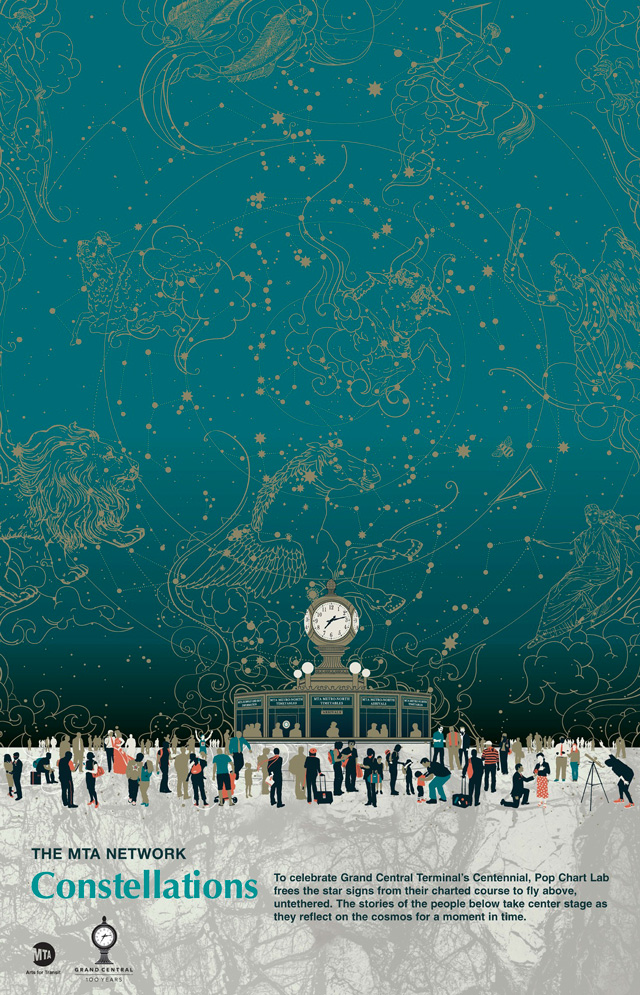 With New York City’s iconic Grand Central Terminal turning 100 years old in February, Pop Chart Lab has released “Constellations,” a commemorative poster that features the station’s famed four-sided clock and astronomical ceiling mural. The poster was commissioned by the MTA’s Arts for Transit and Urban Design program and will be posted in the transit system. It is also available for purchase.