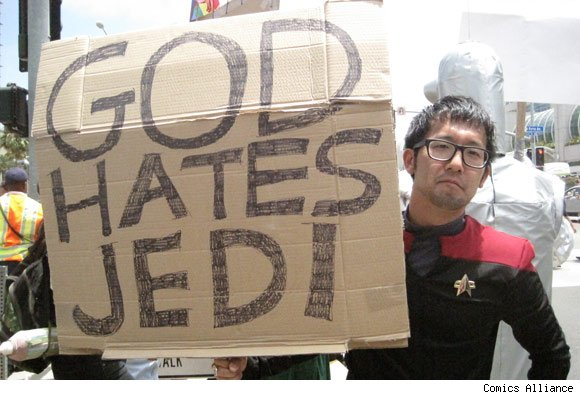 The fine tradition of pranking the Westboro Baptist Church continued this week at Comic-Con in San Diego, when WBC showed up to protest the event and were greeted by super hero and sci-fi themed counter-protestors.

Comics Alliance and Ryan Haylett have great photos of the Comic Con geeks’ response with their awesome signs.

Matt shot some video of the counter protest.