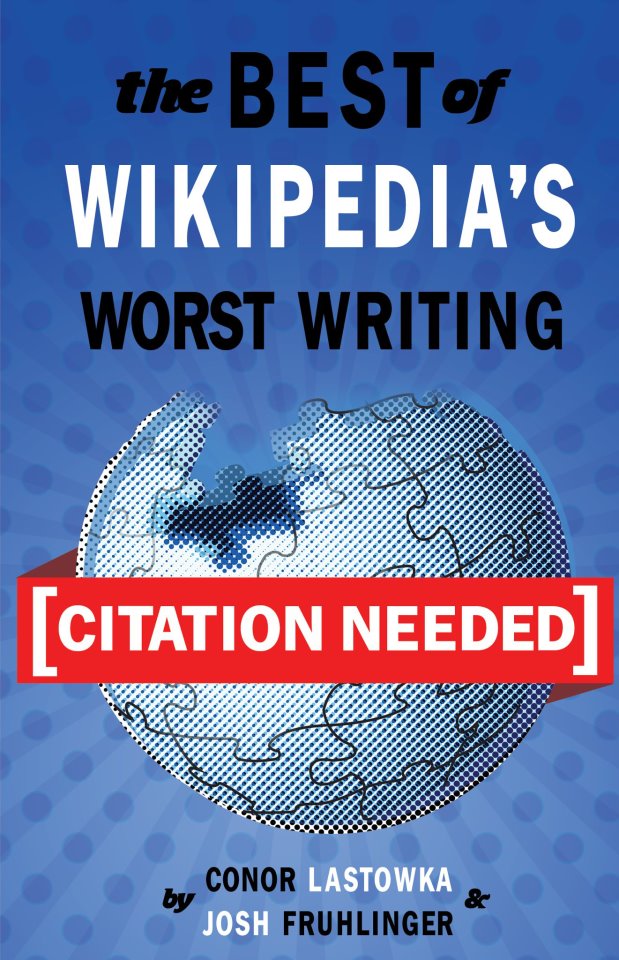 Do you need help telling the difference between a Renaissance Pope and an oracular octopus? Do you need details on what inappropriate body parts the attendees at Wing Bowl expose to one another? Do you need an accounting of which movies in the Air Bud series contain the fewest fart jokes? Fortunately, all these facts are lovingly recorded on Wikipedia, thus fulfilling the dreams of generations of scholars who worked towards a compendium of the world’s most vital information.

But how can you find these details, hidden as they are among boring facts about science and history and stuff? Fear not: For nearly two years, the blog [Citation Needed] has sifted through The Best of Wikipedia’s Worst Writing. A thousand entries later, Conor Lastowka and Josh Fruhlinger have handpicked over 200 of their favorite examples of putrid prose and collected them here. Each entry features hilarious commentary from the authors, but they’re confident you’ll already be laughing by the time you get to it.

The duo has also written a follow-up book, [Citation Needed] 2: The Needening: More of The Best of Wikipedia’s Worst Writing (Volume 2). Both the first and second volumes are available to purchase from Amazon. 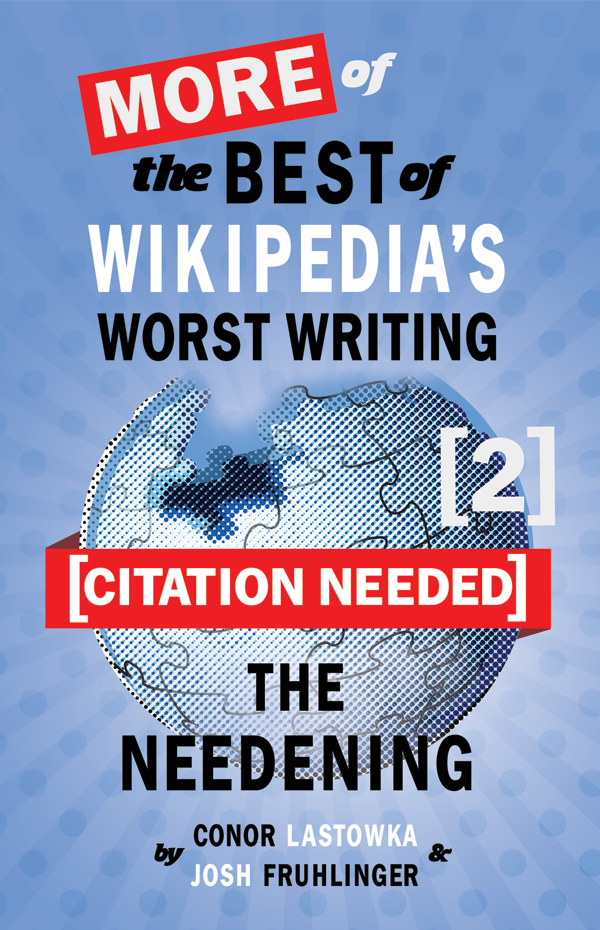