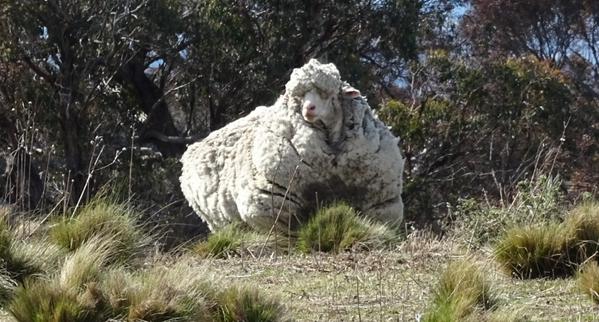 Chris is an extremely woolly sheep that was recently found and rescued in Canberra, Australia. He had somehow become separated from his herd and was living alone without human contact for several years, resulting in a dangerously overgrown coat.

Workers at the Royal Society for the Prevention of Cruelty to Animals (RSPCA) were concerned about the animal surviving the shearing process due to stress, but with the help of volunteers and veterinarians, Chris has been safely and successfully sheared, setting a new record of 40.45 kg of wool in the process.

The RSPCA is currently accepting donations to help care for Chris and the thousands of other animals in their care, and is also offering Chris plush toys as a reward.

Good news, we have a shearer!! We’ll update everyone tomorrow on how he’s going! @rspcaact pic.twitter.com/SfYY10ELdY

via The Canberra Times