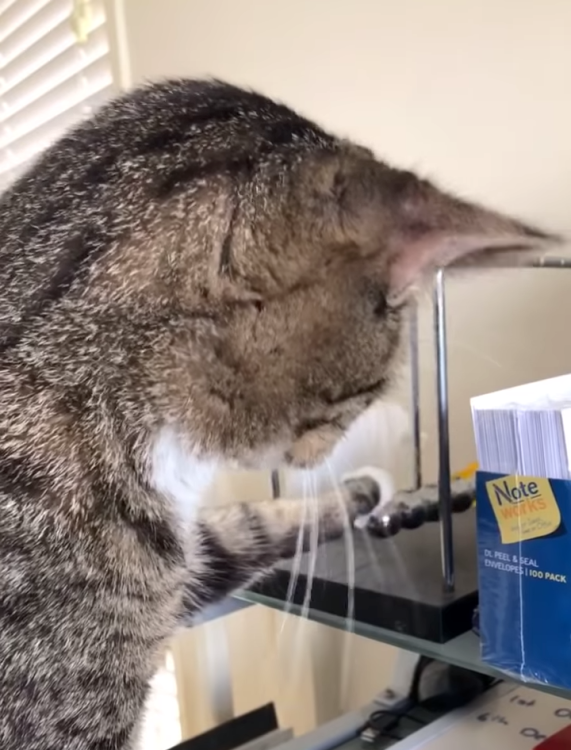 An adorable rescued tabby cat named Pickle began playing with the Newton’s Cradle that was sitting on his human’s desk. The curious kitty grabbed the sphere that was closest to him and then let go. Pickle noticed how the momentum of the sphere shifted the entire structure, stopped it and then tried it again. He then turned around to his human with his sweet pink tongue sticking out, looking for a little recognition, which was happily provided.

The video is of my cat Pickle, a rescue cat that we adopted about a year ago. He has no front teeth so he is unable to keep his tongue inside his mouth making him even cuter. … Pickle did it all on his own and started playing with the Newton’s Cradle. At first, he was just trying to eat the balls and then realized when he lets go, it starts swinging. He then didn’t stop doing it and also started to pick up when he had done it wrong, as you can see in the video and stopped the swinging, trying again.