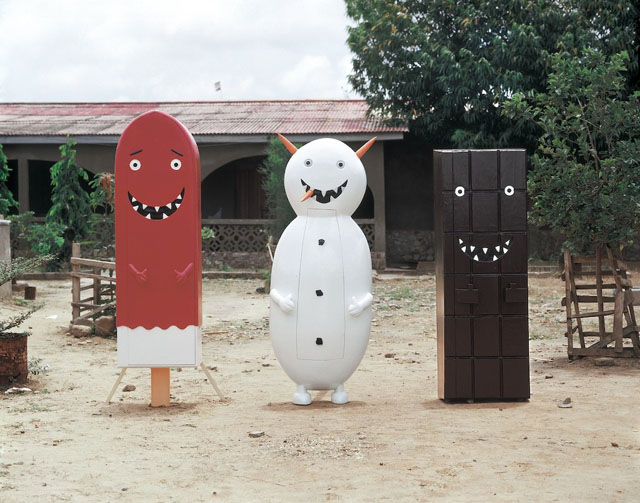 New York City-based artist Olaf Breuning hired Ghanaian casket artisans to make him these cartoonish coffins back in 2004. The coffins include a chocolate bar, snowman, and melting popsicle. Colorful fantasy coffins, which are as much sculptures as caskets, are a traditional feature of Ghanaian funeral culture. We’ve previously posted some of Breuning’s other humorous artworks. 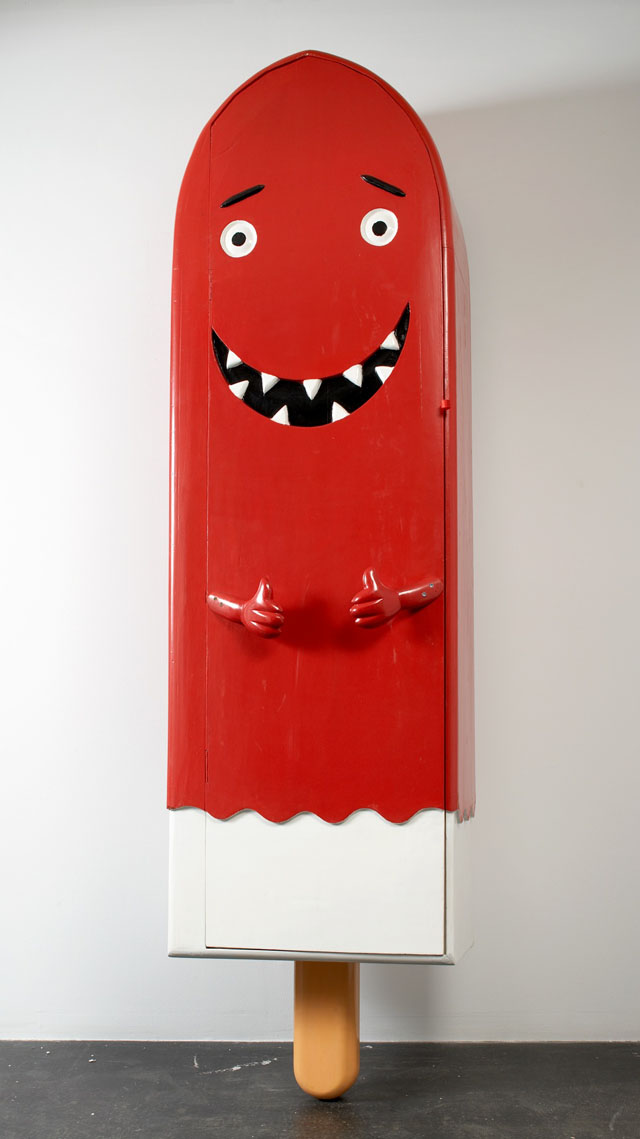 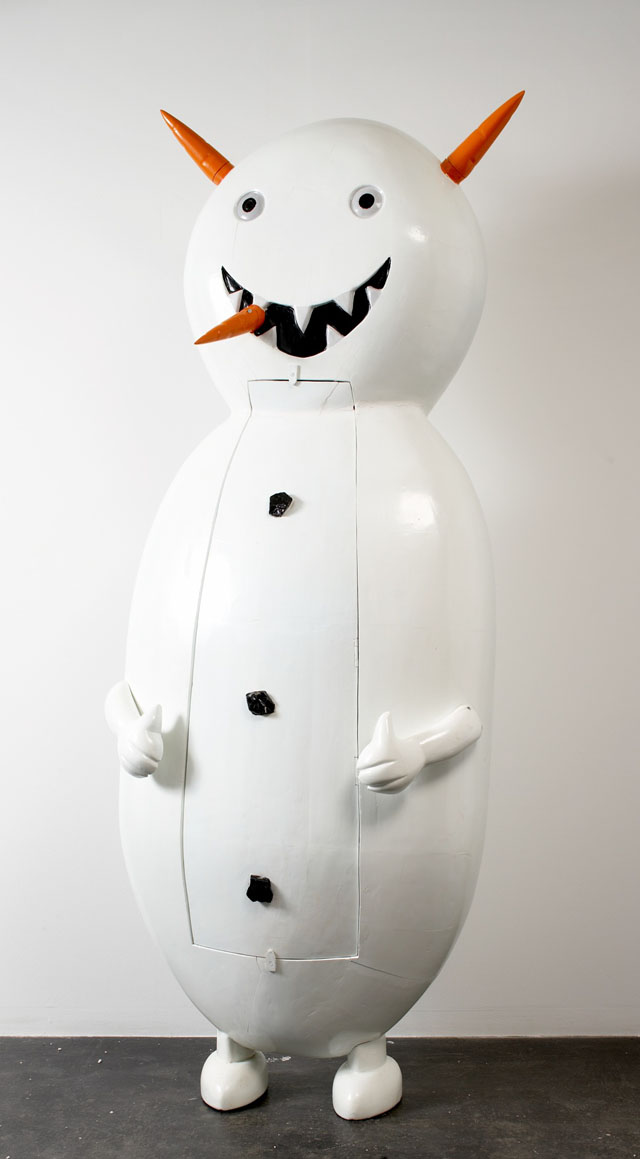 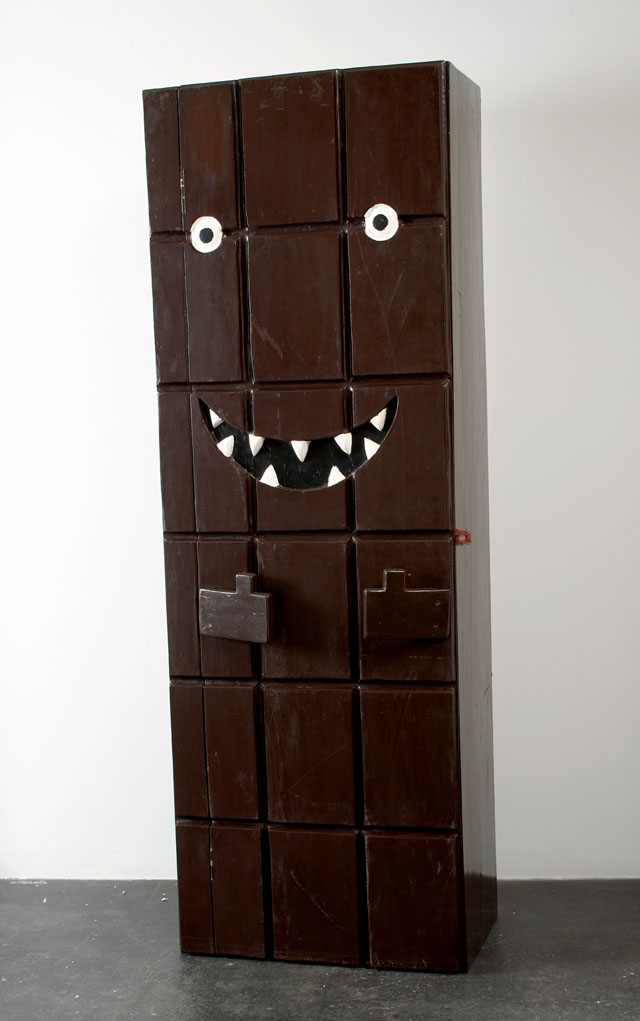