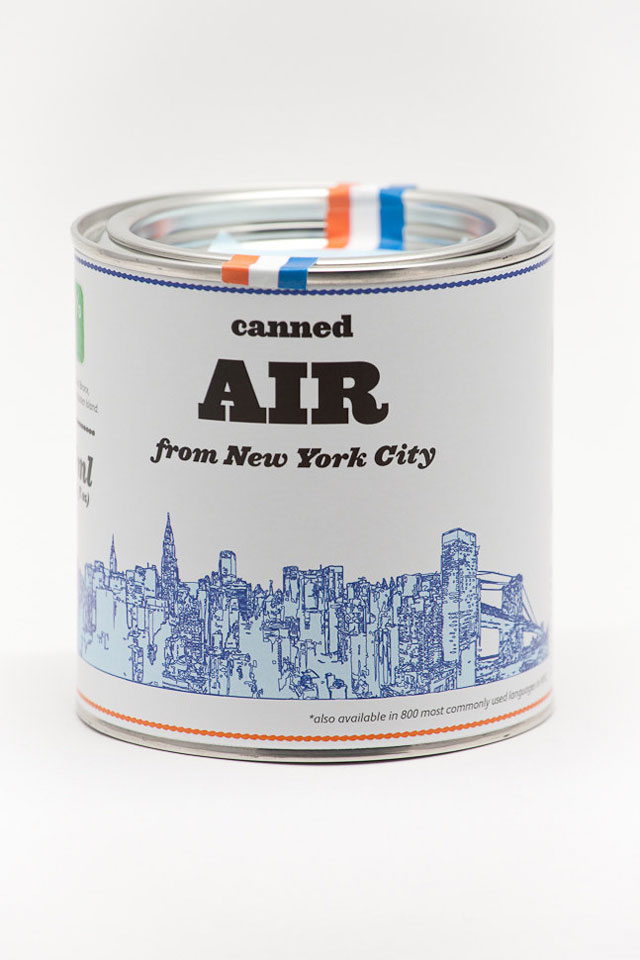 Prague-based photographer Kirill Rudenko has created Canned Air, cans of ‘100% organic’ air from cities worldwide meant to relieve stress, cure homesickness and fight nostalgia. He started selling Canned Air from his home base of Prague and has now moved to cities like New York City, Paris, Singapore and more. Rudenko has Canned Air available to purchase at his Etsy shop, cooperativ. 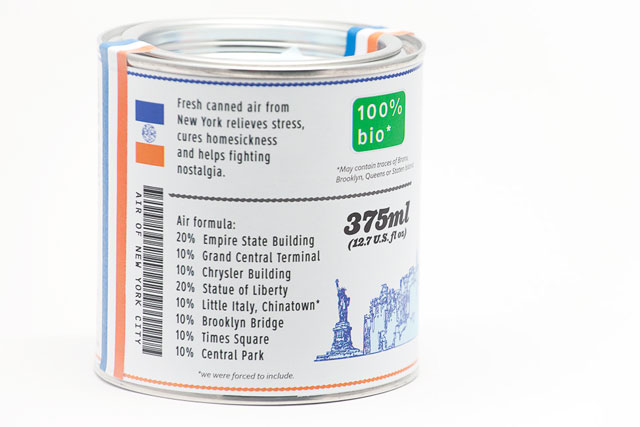 Each can has its own special formula, here’s the one for New York City:

We have established a direct contact to a supplier in NYC. Each week we receive a few hundreds of gallons of fresh air from New York City. The Air Formula is:

*also available in 800 most commonly used languages in NYC.
*May contain traces of Bronx, Brooklyn, Queens or Staten Island. 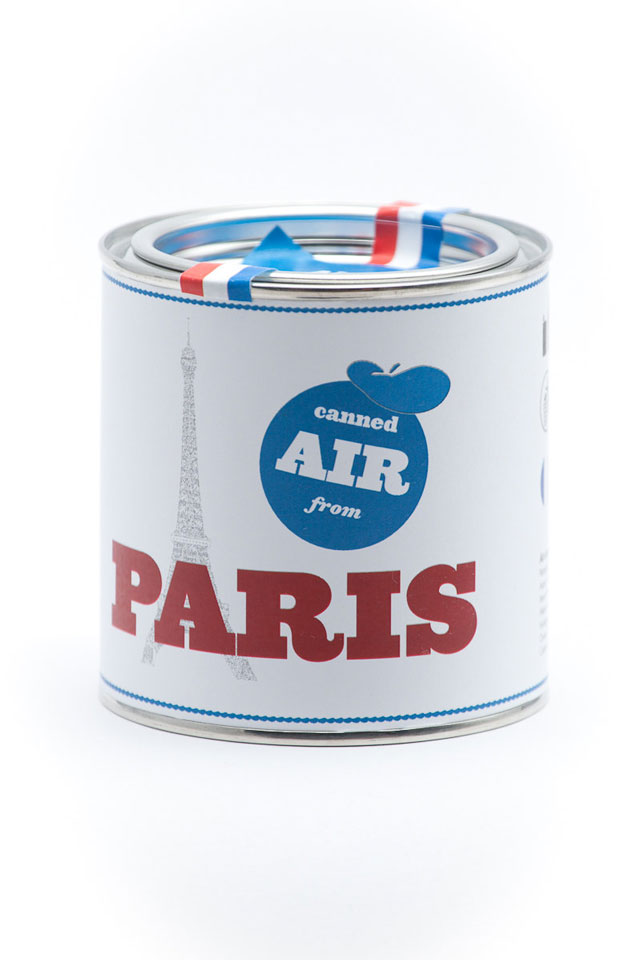