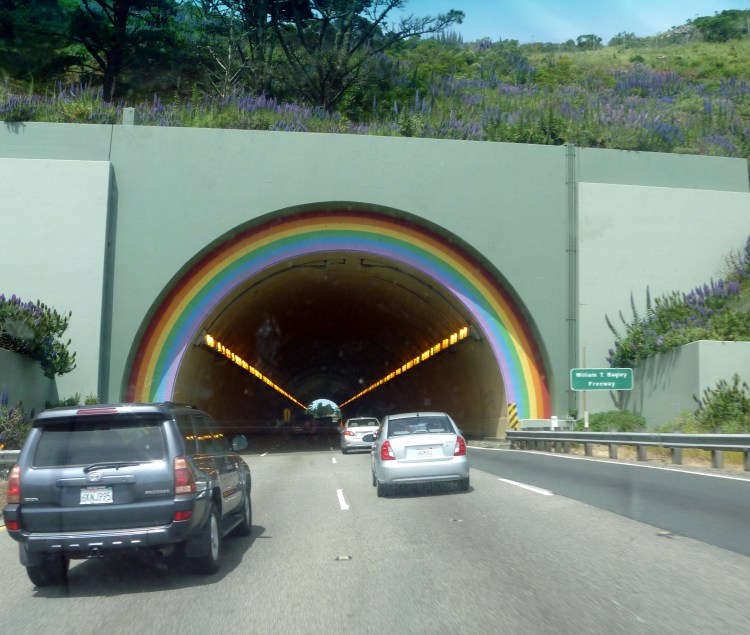 Above each of the tunnel entrances are rainbows, which I believe personify Robin in that he was so playful, fun, accessible, alive and colorful. Plus, many people first learned of Robin from his role in the 1970s TV show “Mork and Mindy,” where he often wore rainbow-colored suspenders. For these reasons, I believe changing the tunnel name would be a fitting tribute to a man who was beloved in our community and admired worldwide. Robin was a one-of-a-kind type of person, and I want him to be honored in an unconventional, everlasting and beautiful way. This is just one way that we can do that.

Wainwright directed the petition to Assemblyman Marc Levine who then brought it before the California Assembly, who unanimously approved the motion on April 24, 2015.

The California Assembly on Thursday unanimously approved a bill to name the tunnel just north of the Golden Gate Bridge after late comedian Robin Williams. Authored by Assemblyman Marc Levine, D-San Rafael, the legislation — which passed on a 77-0 vote — now goes to the Senate’s Transportation Committee.

The bill still needs to go through further government approval before the renaming is approved, but it’s definitely off to a good start.