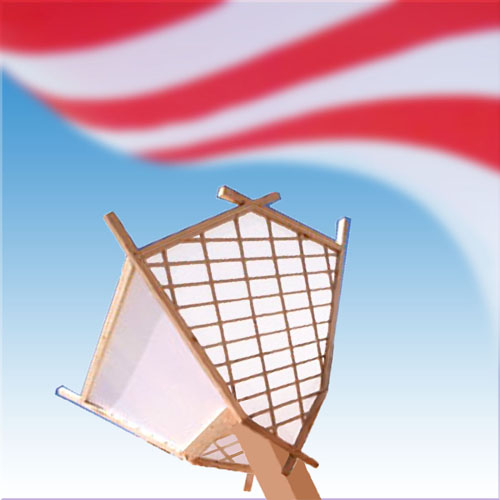 This year’s art theme is about patriotism — not that kind which freights the nation state with the collective weight of ego, but a patriotism that is based upon a love of country and culture. Leave ideology at home; forget the blue states and the red; let parties, factions and the so-called issues that divide us fall away. Flag burning or flag worship play no part in this year’s theme. Ask yourself, instead, a more immediate question. What has America achieved that you admire or feel proud of? What has it done or failed to do that makes you feel dismayed? Put blame aside, in this election year, and dare to ask an even greater question: What can postmodern America, this stumbling, roused, half-conscious giant, yet give to the world?

In 2008, the Burning Man will stand atop a high-rise tower. Instead of windows, this edifice will feature images of flags that represent the countries of the world. Ranging from Canada to Chad, from Brazil to Burundi, from Vatican City to the Republic of China, these 244 symbols will shine in the night, gleaming like cut gems upon the surface of a jewel box. The United States of America will be among them. Each country can be said to represent a dream no less radiant or precious than the rest. Each nation may be viewed as a container of identity; yet each one can be said to be a glimmering illusion, an arbitrary entity defined by boundaries on a map. All of us are immigrants to Black Rock City. What can we dream America to be?

I know what some of you are thinking, this has to be a prank. Well if so, then the pranksters have access to the Burning Man website and have done a thorough job updating the art theme.

Next year’s event takes place two months before the presidential election. Is this theme hinting at a more political Burning Man? What your thoughts on this?

UPDATE: Ok, this is not a prank. “American Dream” is in fact the art theme for Burning Man 2008.