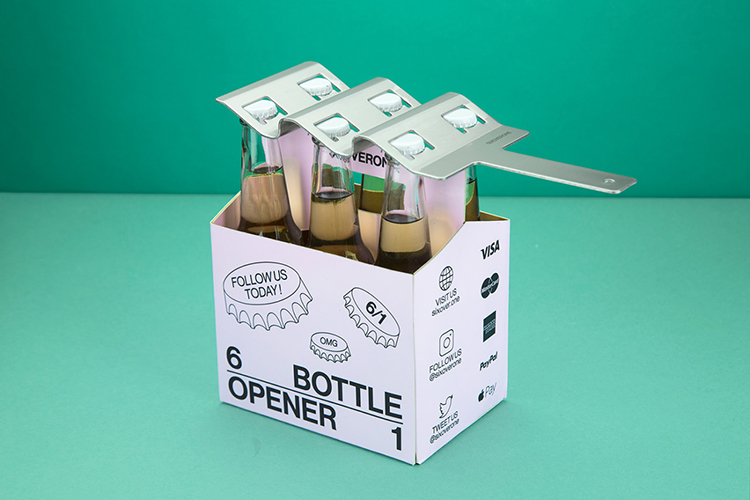 Tian and Teague of the DIM SUM CLUB have designed the SIXOVERONE a bottle opener, that can open up to six beverages at once. They are currently raising funds on Indiegogo to help with production costs.

SIXOVERONE is the only bottle opener that can open up to six bottles at once. You can also open one beer, two beers, three beers, four beers, five beers, as well as six beers! Because everyone has wished they could open a six pack at once, right?