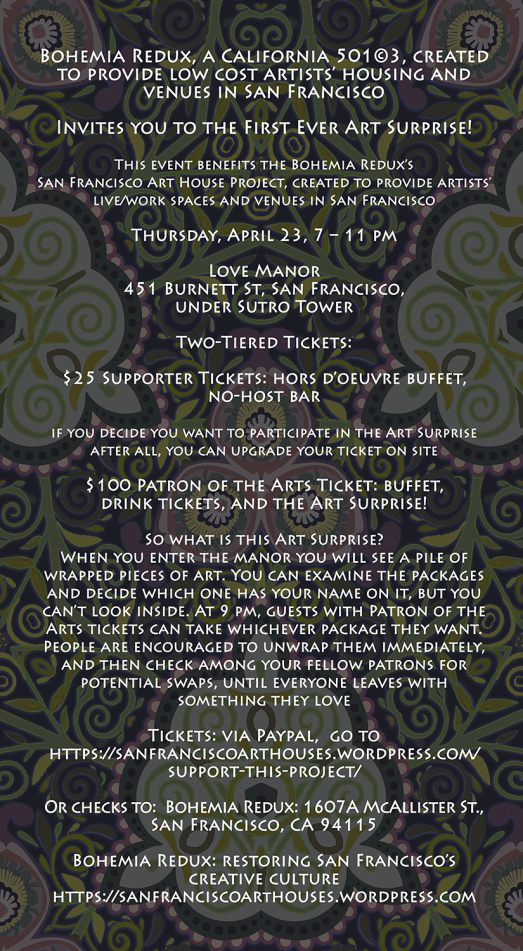 Back in 2014 we first posted about the San Francisco Art House Project, an initiative by writer P Segal to encourage the establishment of affordable live-work spaces for San Francisco artists. Segal has since launched Bohemia Redux, a non-profit with a mission to “create low-cost artists’ housing, work space, and venues in the City of San Francisco.” The organization is holding its first fundraiser, The First Ever Art Surprise!, at Love Manor in San Francisco on April 23, 2015. Laughing Squid partner John Law has more on Bohemia Redux on his blog.