This rather blunt commercial for charity UNICEF Sweden points out that “likes” don’t save lives, but donations do. In a bit of irony, the commercial has been liked on YouTube by more than 1,000 people. The campaign is by Swedish ad agency Forsman & Bodenfors. As part of the campaign, the agency also produced several more lighthearted commercials in which a guy tries to pay for things with likes (see below). 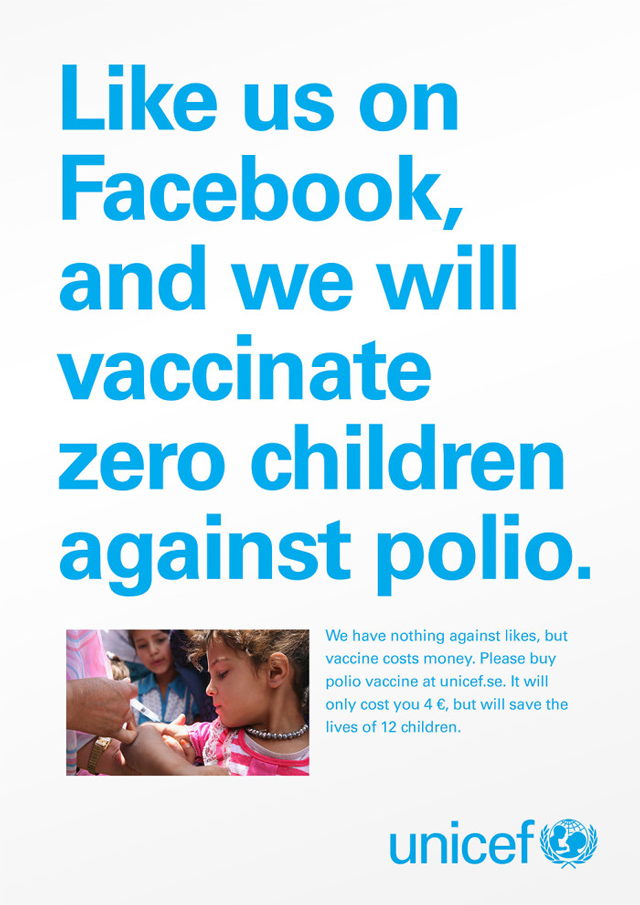