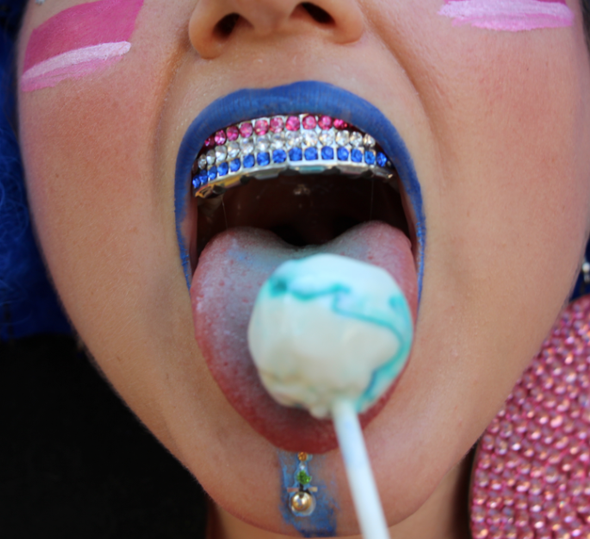 Lollipop brand Lollyphile of Austin, Texas is now making Blue Cheese Lollipops, yes, lollipops that are flavored like blue cheese. They are said to be both sweet and sharp tasting. In the past, we’ve featured their other unusual and decidedly grownup pop flavors like breast milk, Sriracha hot sauce, and more.

It started off as a joke. We were all scared to try it. Maria (our maple-bacon model) popped it in her mouth and said, “Oh! It’s awesome!” And we assumed she was lying until she ate the whole thing. And then we apologized for doubting her and tried them out and they were, in fact, awesome, because you know what? Sweetness & sharp cheeses go together- it’s why restaurants drizzle honey on gorgonzola.