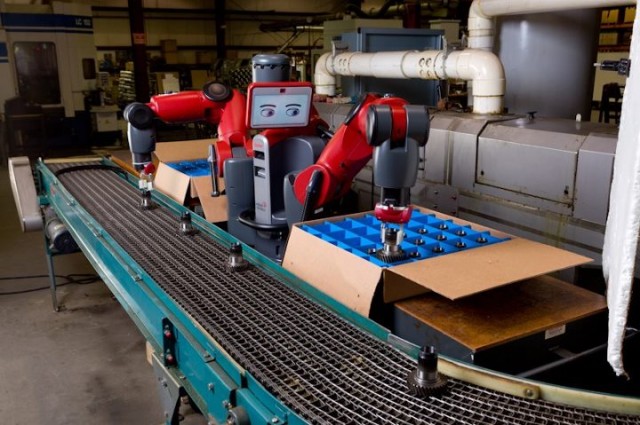 Baxter is a new manufacturing robot that is designed to work closely with human coworkers (video). Sonar and cameras allow the robot to detect humans and avoid colliding with them. The robot uses behavior-based intelligence to adapt to changing surroundings and tasks. It does not need to be programmed. Instead, humans can train the robot by moving the robot’s arms directly to demonstrate a new task.

The robot is designed to perform repetitive tasks normally done by unskilled labor. Due to its relatively low cost ($22,000), it is hoped the robot will be an alternative to offshore manufacturing. Baxter is being developed by Rethink Robots, a Boston-based firm founded by roboticist Rodney Brooks (you may remember him from the Errol Morris documentary Fast, Cheap & Out of Control). The robot is being built in New Hampshire and will be released in October. 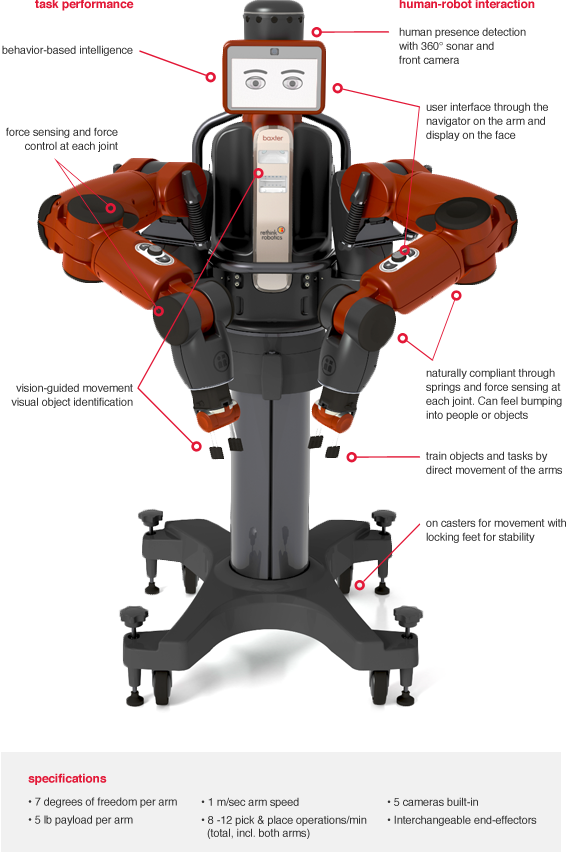