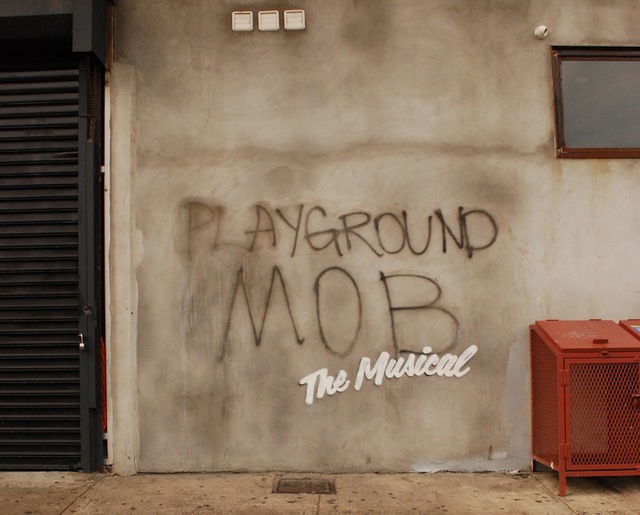 Banksy gives existing graffiti a Broadway makeover by adding “The Musical” in the latest installment of his ongoing New York City exhibit, “Better Out Than In.” The latest paintings are located in Delancey, Bushwick, and Williamsburg, and read “Playground Mob The Musical,” “Occupy! The Musical,” and “Dirty Underwear The Musical.” Previously, we’ve written about Banksy’s other New York City paintings. 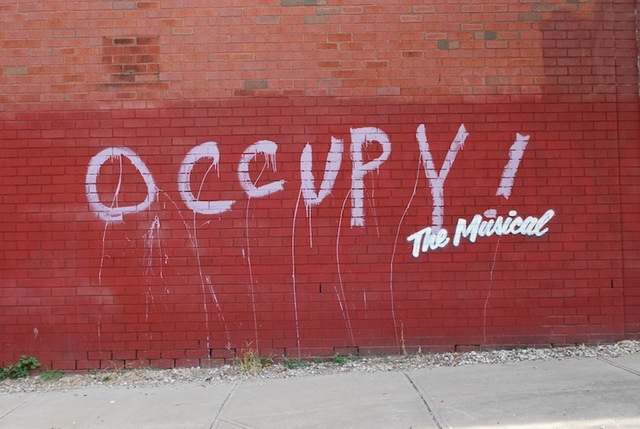 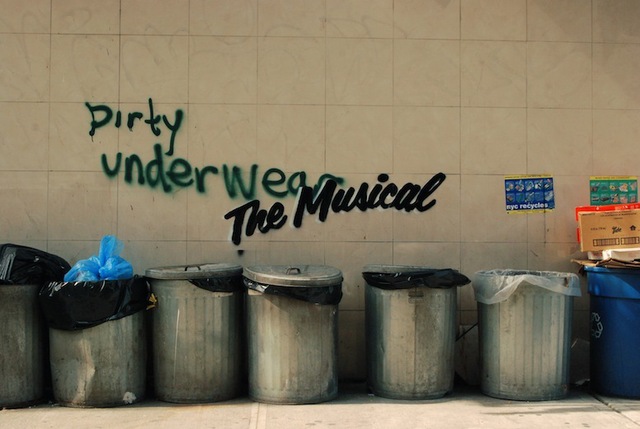