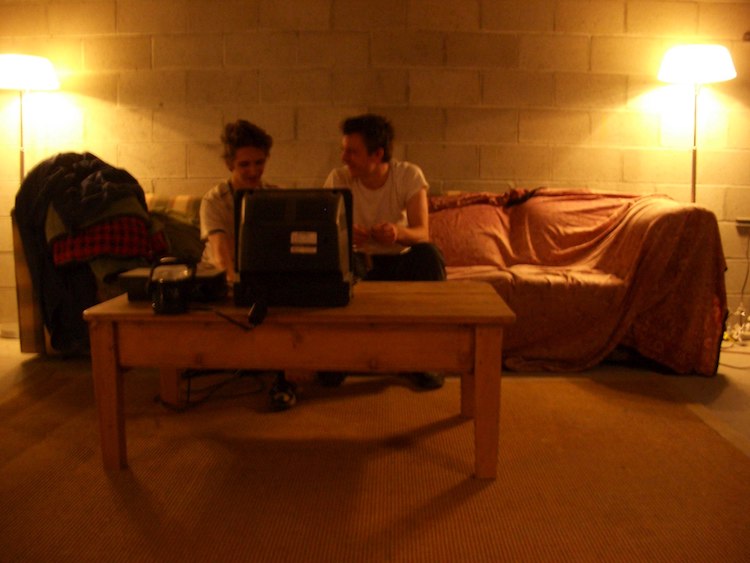 In 2003 a group of 8 artists, know as Trummerkind, built a 750 square-foot secret studio apartment inside the Providence Place Mall in Providence, RI, living there on an off for up to three weeks at a time over a four year period. The hidden apartment had electricity and was fully furnished, including a china hutch, but no running water (the artists used the Mall’s bathrooms).

During the Christmas season of 2003 and 2004, radio ads for the Providence Place Mall featured an enthusiastic female voice talking about how great it would be if you (we) could live at the mall. The central theme of the ads was that the mall not only provided a rich shopping experience, but also had all the things that one would need to survive and lead a healthy life. This, along with a wide variety of theoretical musings about my relationship to the mall – as a citizen and public artists – provided the final catalyst for making the apartment. The “Malllife” project was discovered last Wednesday and Michael Townsend, the leader of the group, has been sentenced to 6 months probation after pleading no contest to a criminal charge of trespassing.

Trummerkind have been documenting The Apartment at the Mall, including photos. They have just launched a blog where they are sharing their experiences working on the project.