“Some might say all art is a reflection of the times we live in.”

This series is an experiment where a dictator, a psycho, a murderer (sometimes they are the whole package) or even a suspicious figure from real life is mashed with a comics bad guy – strangely related some way or the other with his counterpart.

The depressing thing? Realizing that if the comic book supervillains were actually the ones threatening real life, the world wouldn’t be such a bad place. 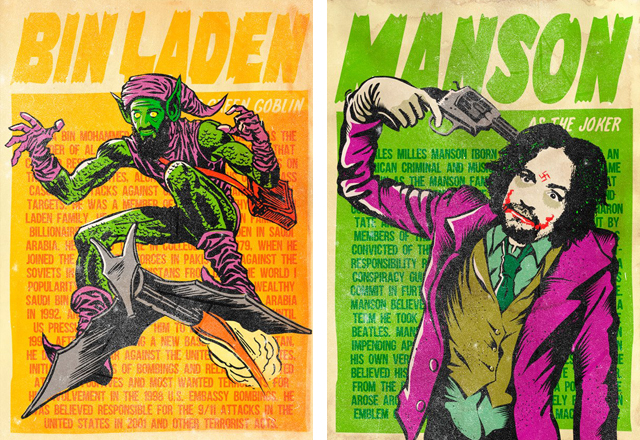 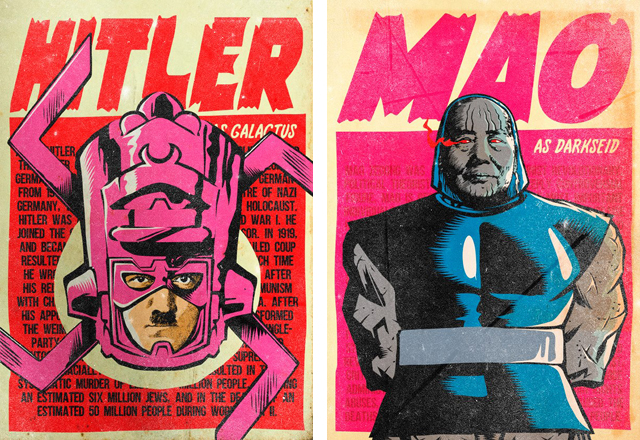 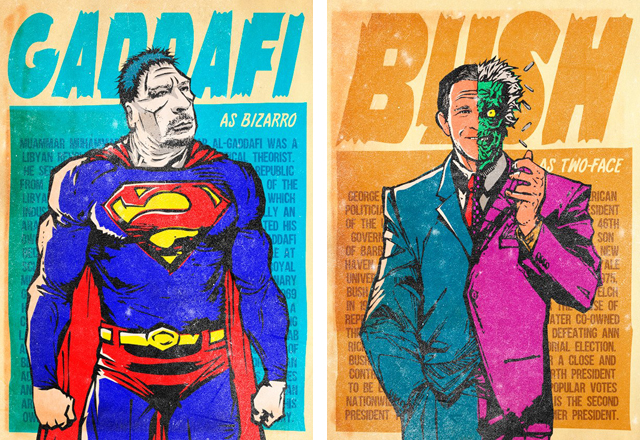 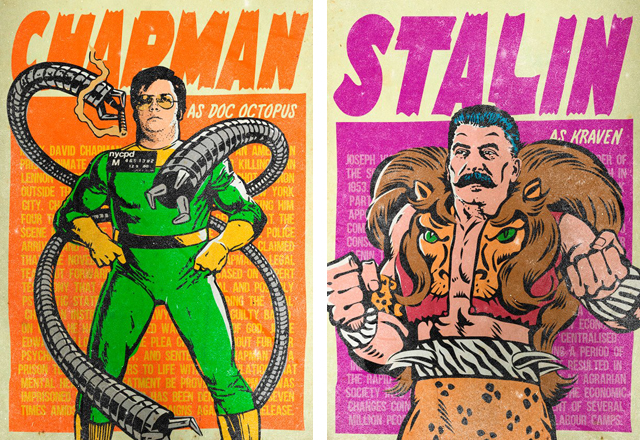 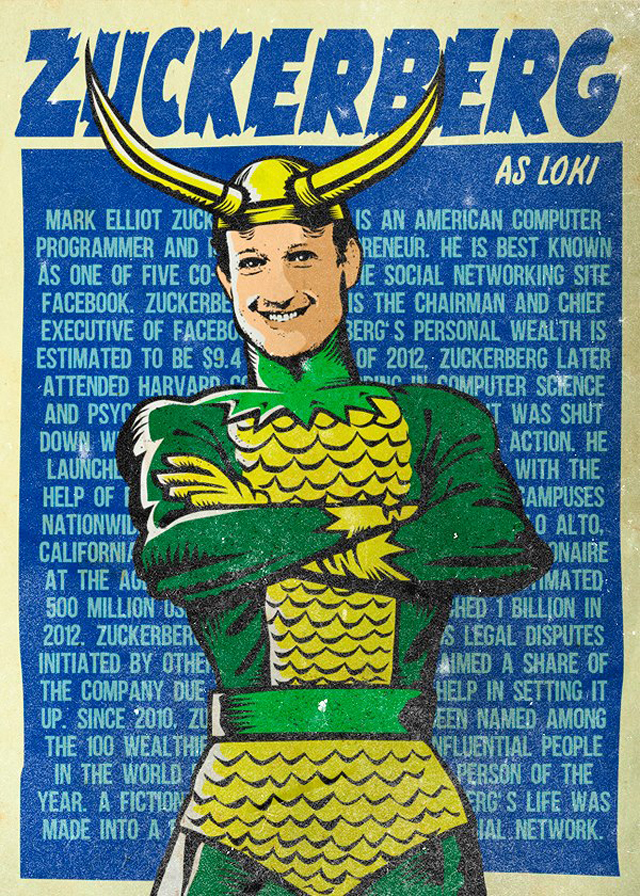