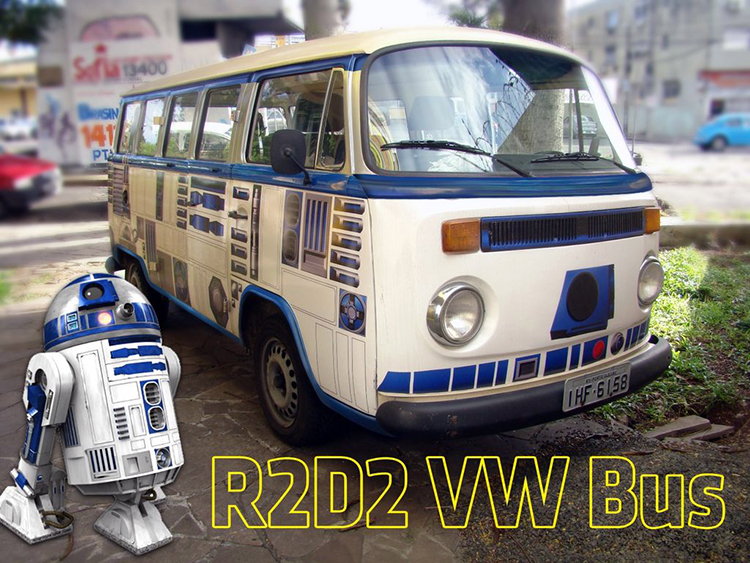 San Diego-based artist César Aguzzoli recently created an awesome Star Wars-themed Volkswagen Bus by covering it, from front to back, in a custom-made R2-D2 vehicle wrap. Aguzzoli did everything from designing and printing the wrap, to applying it onto the VW Bus with a heat gun. His entire build process is available to view on Instructables.

R2D2’s body is a cylinder, so our initial idea was to unroll the cylinder and wrap the bus with that pattern. But it ended up not becoming one with the force, I mean the bus. Simply throwing the original layout of R2’s objects on the vehicle was the easiest way, but as you can see on the second image, even by stretching and shrinking the original layout (from a papercraft file), it lacked proper interaction with the bus. So we chose the hard way and decided to re-imagine and recreate the layout specifically to fit the van. The main adaptation would be the head elements, which would go in the front of the bus. 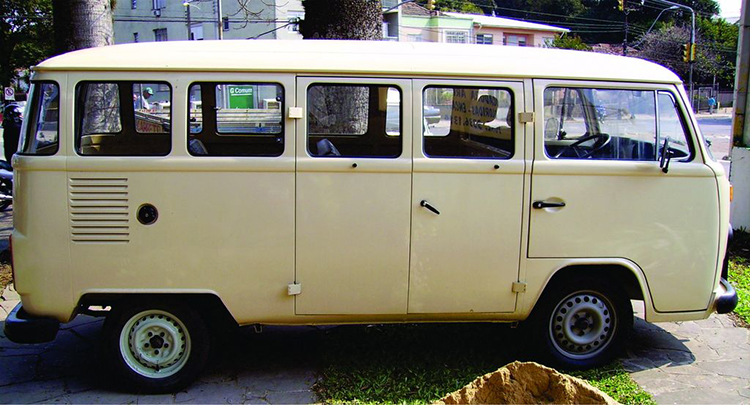 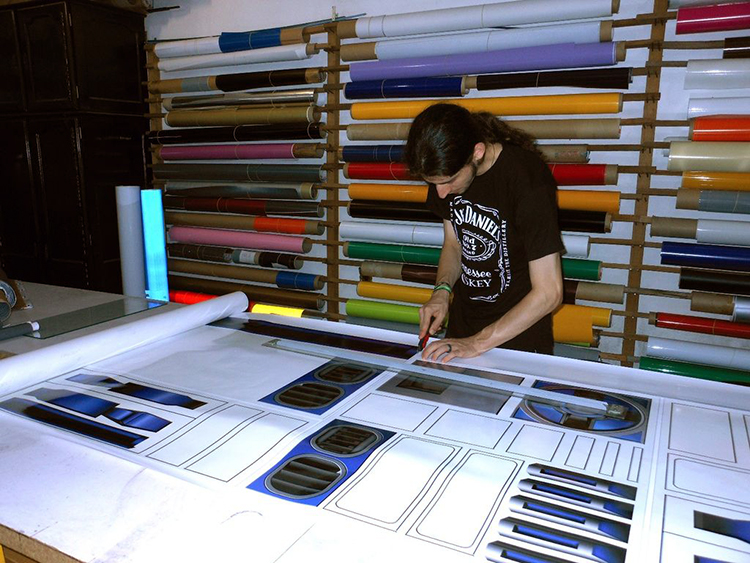 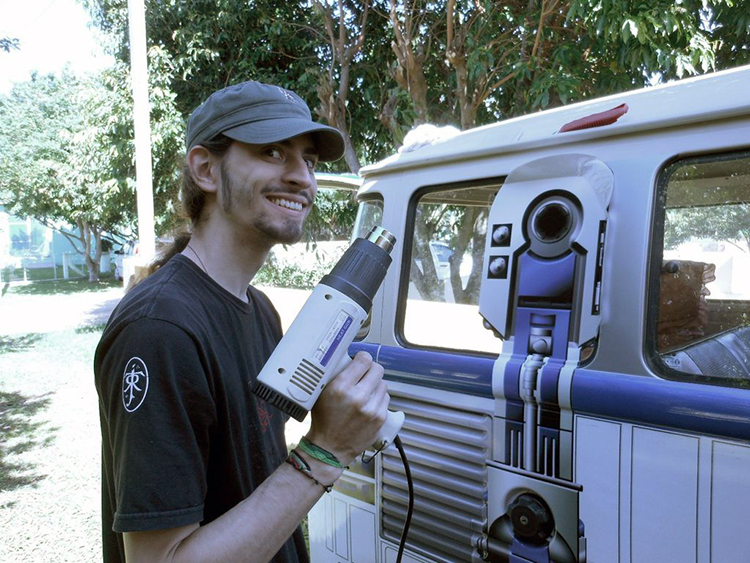 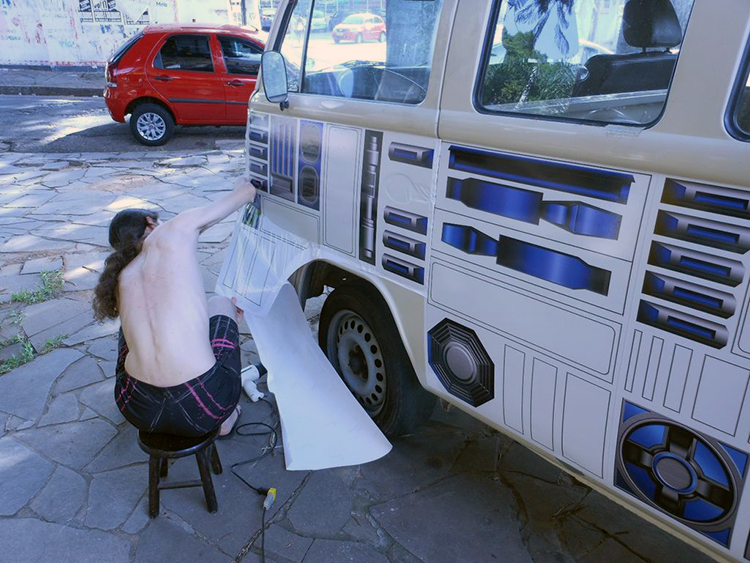 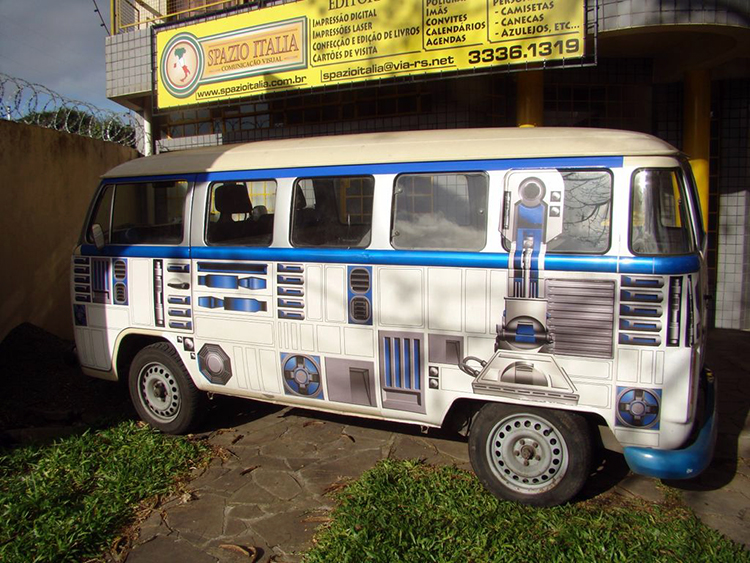