Jonathan Mann “writes a song every single day and posts it, along with a video, onto the internet”. We wrote about him in the post, Jonathan Mann Is Making A Song-A-Day Album, which announced that he was making an album out of the top songs he’s written since January 1, 2009. The album is titled Song A Day: The Album and the first single and video from that album is Are You A Real Person?. On September 28, 2011, he will have made and posted 1000 songs.

It’s about how I was friended by an attractive girl on Facebook, and I wasn’t sure if she was real or spam. She looked vaguely familiar, and she was friends with 7 or so of my friends from college, but they were all guys and it seemed likely that they were all duped. The video for the song, directed by Albert Birney, combines live action, animation, and a bunch of slides that he found discarded on the side of the road. We thought there’d be an interesting connection between the modern experience of not knowing if someone was a bot or a human and these wonderful family scenes from the 70s and 80s that someone just threw away.

The record release party for Song A Day: The Album will be at Red Devil Lounge in San Francisco on September 28, 2011 starting at 7 PM. Tickets are available now. 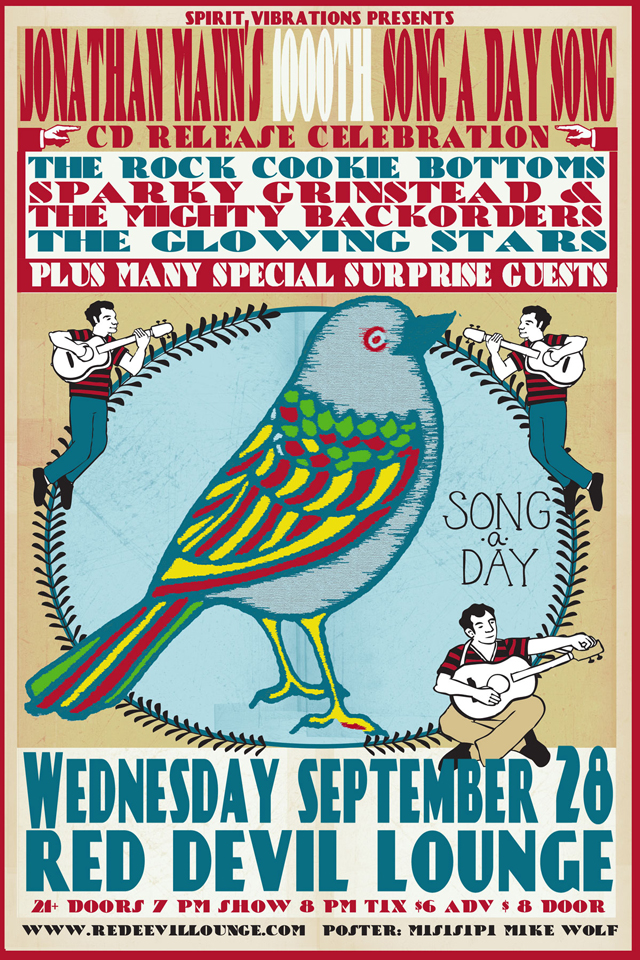