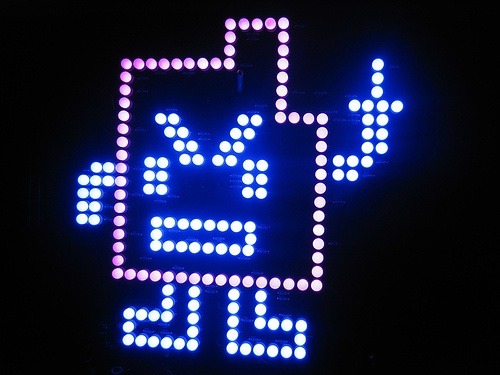 Yesterday a marketing campaign for Cartoon Network’s Adult Swim show “Aqua Teen Hunger Force” caused a massive panic in Boston, when LED signs of Ignignot and Err (Mooninite Marauders characters from the show) were mistaken as explosive devices. Boston authorities overreacted and shut down half of the city and the Adult Swim art was subsequently detonated by Boston police.

“AQUA TEEN HUNGER FORCE Hysteria In Boston… sad commentary on the times we live in?” (Ain’t It Cool News)

“Some Thoughts on Last Week in Boston” (Wooster Collective)

A Little Something for the Hackers in Boston (bunnie)

Last month I came across one of the Aqua Teen Hunger Force promos while driving around Los Angeles.

UPDATE 1: Boston police have arrested Peter Berdovsky and Sean Stevens, the artists who were hired by Turner Broadcasting to install the promotional artwork.

UPDATE 2: Turner Broadcasting has issued an apology regarding the controversial marking campaign.

UPDATE 3: The LED signs had been previously installed in 10 other cities without incident, including San Francisco. So why did Boston freak out like it did?

UPDATE 4: littlestarletta who is LMAO about this situation on LiveJournal, found this great 1-31-07 memorial image. 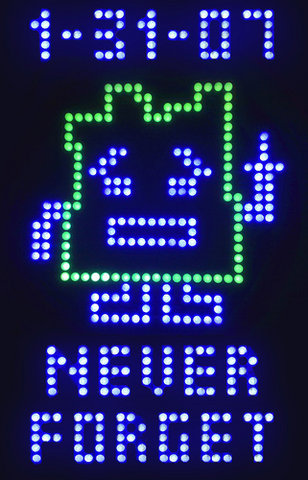 UPDATE 5: Here’s Peter and Sean (aka GlitchCrew) installing the LED devices in Boston.