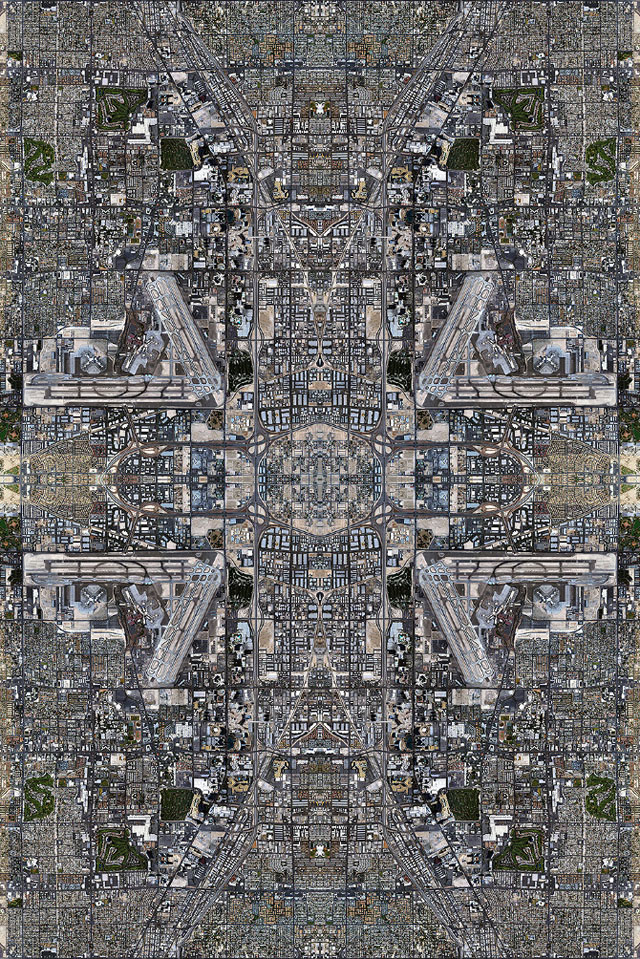 For his “Anthropocene” series, Irish artist David Thomas Smith created intricate abstract patterns out of Google Maps imagery of cities, industrial installations, and other man-made landscapes. The uncanny resemblance of the compositions to handwoven rugs is no accident—Smith was inspired in part by Persian and Afghan rug design. “Anthropocene” is on display at the Copper House Gallery in Dublin through April 16, 2013. 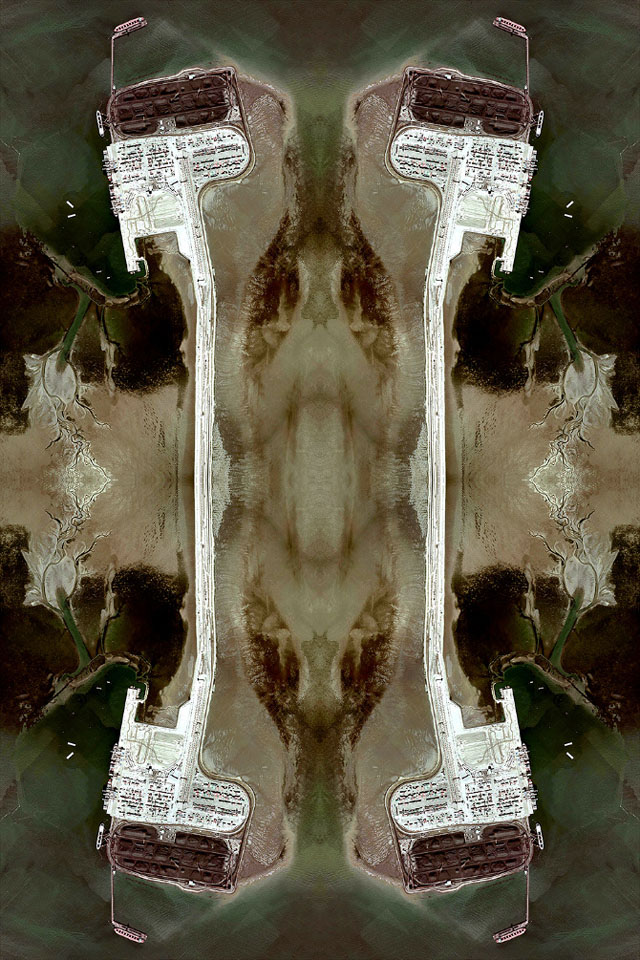 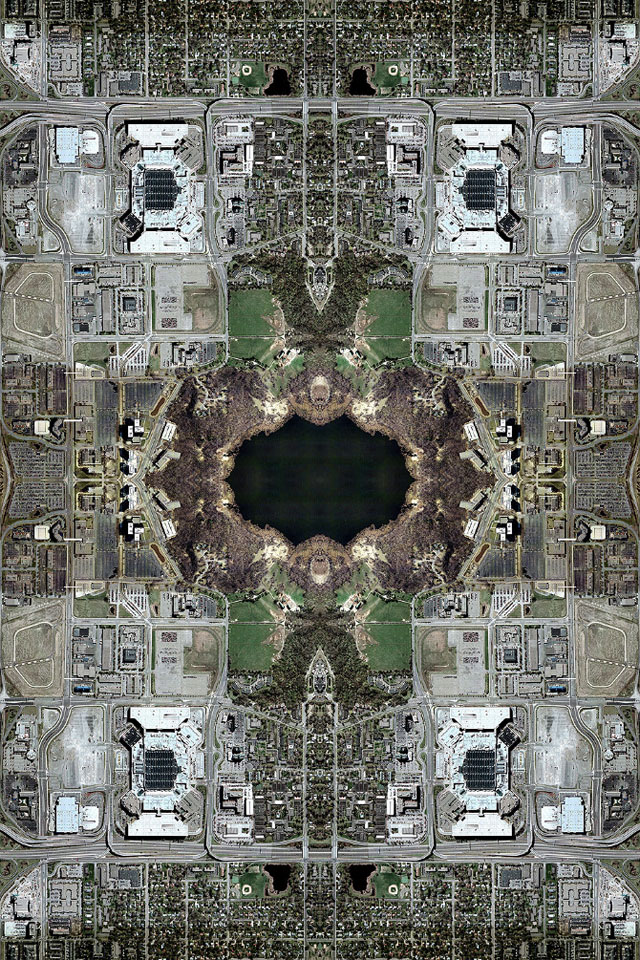 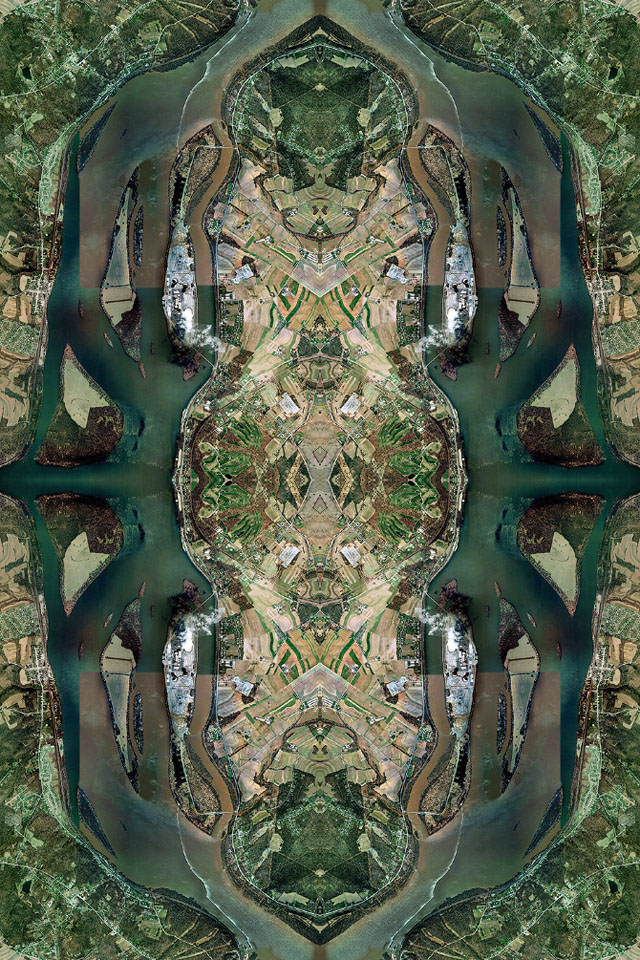 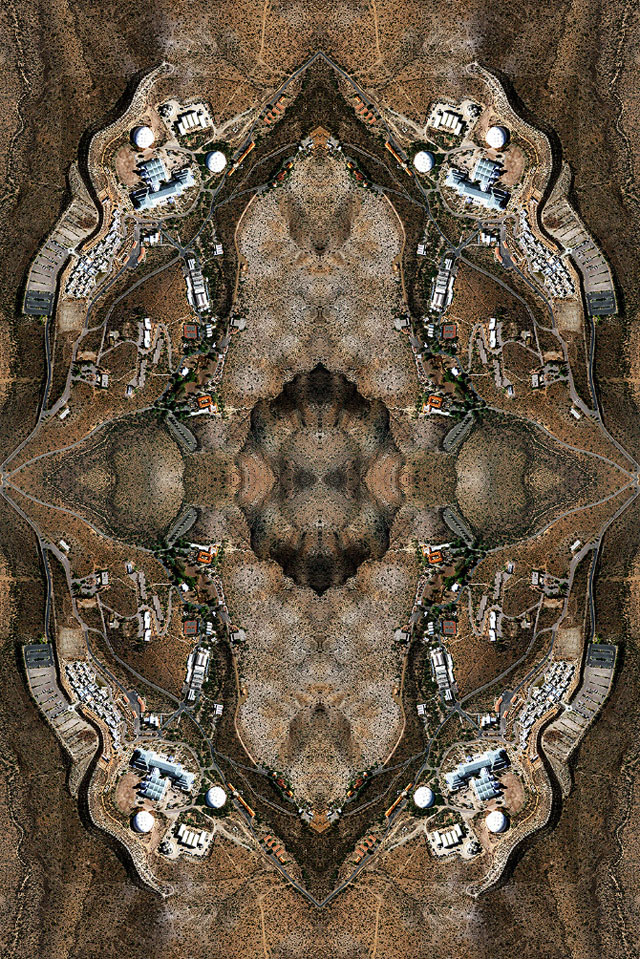 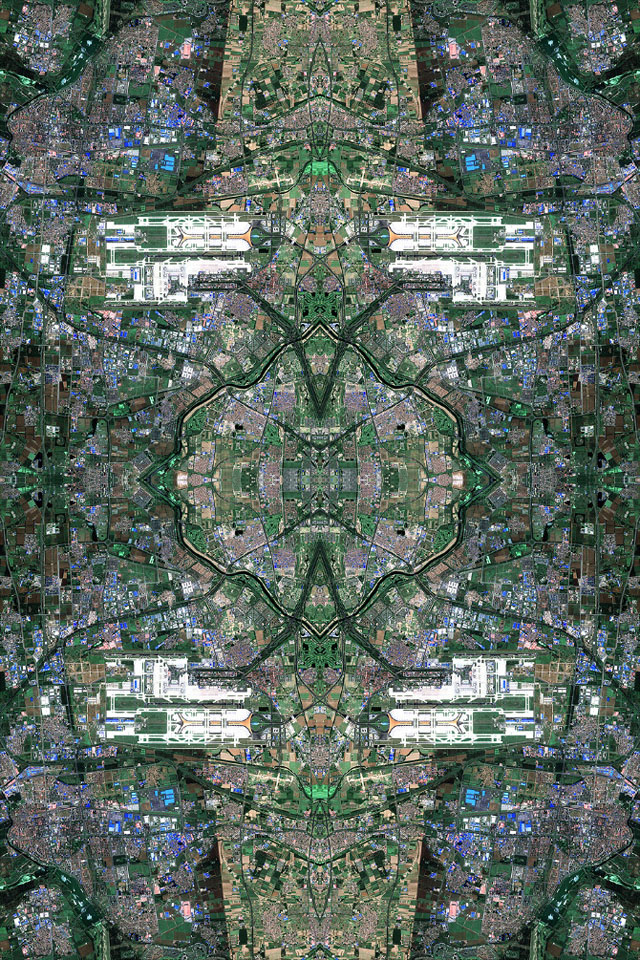 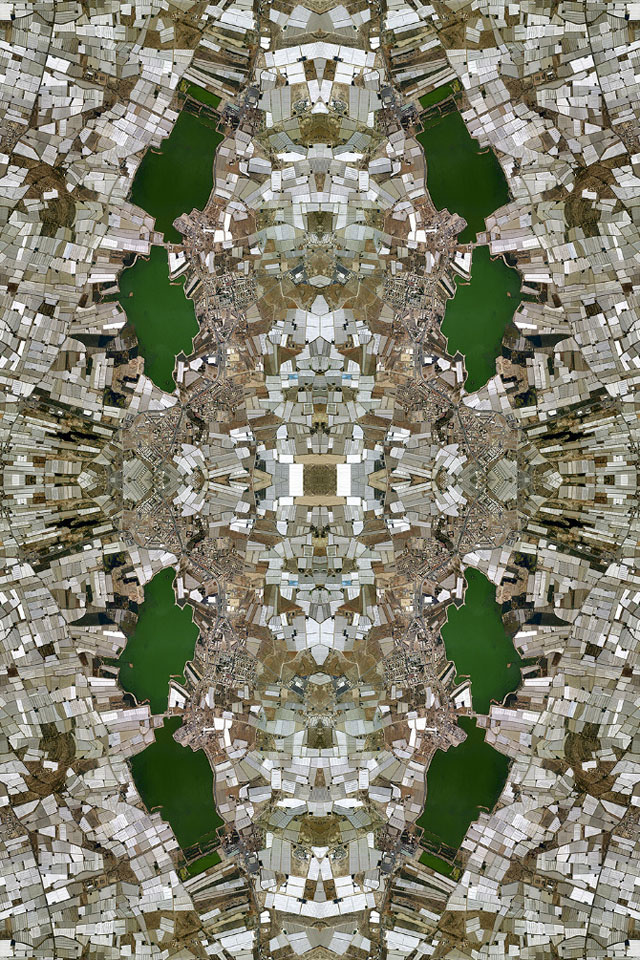