Disney recently released an official Star Wars app for iOS and Android devices that allows fans to view the latest Star Wars news, play sounds from the movies and television shows, take selfies with Yoda and Boba Fett, check the weather, plus much more. The interactive app is currently available to download from the iTunes and Google Play stores.

Here’s where the fun begins:

– Get instant notifications on big announcements, including trailer releases and movie news.

– Theme your app with Light Side, Dark Side, or Droid interfaces, each containing different designs, sounds, and animations.

– Share animated GIFs with your friends and family of memorable scenes and characters from the Star Wars movies and TV shows.

– Count down to major releases like Star Wars: The Force Awakens with an always-running timer. (read more) 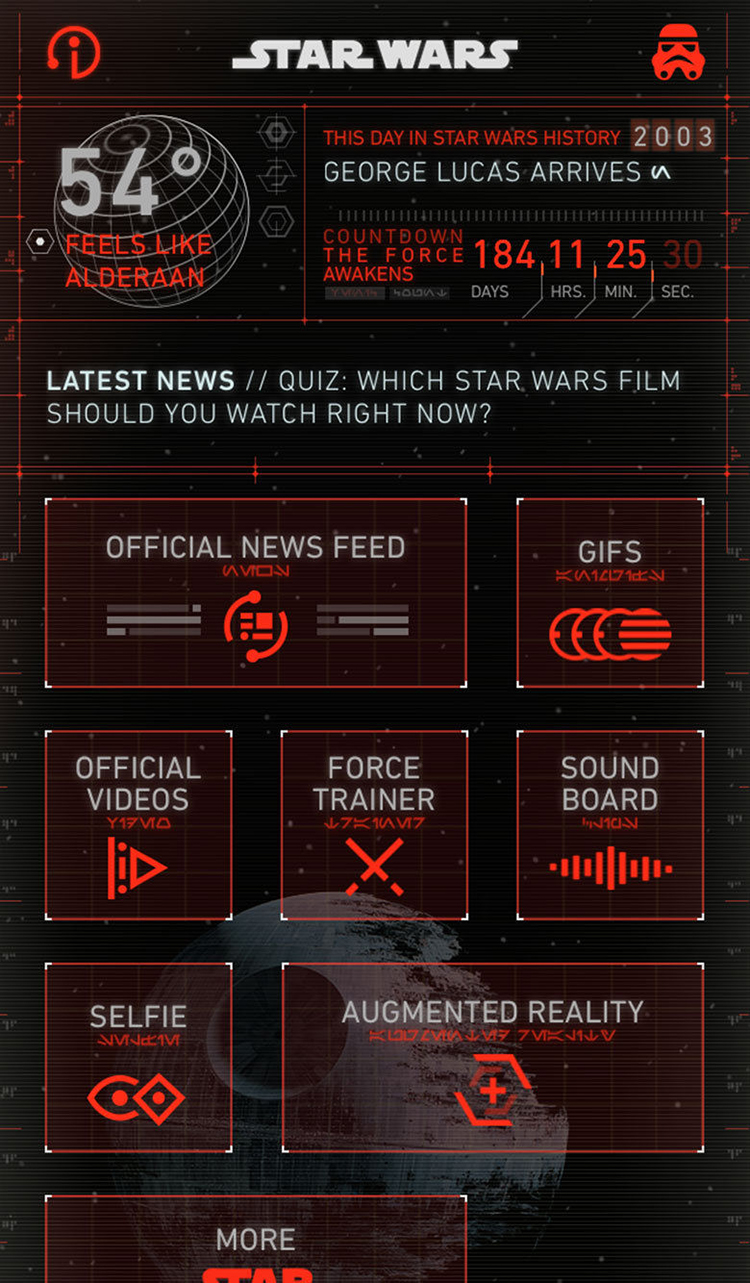 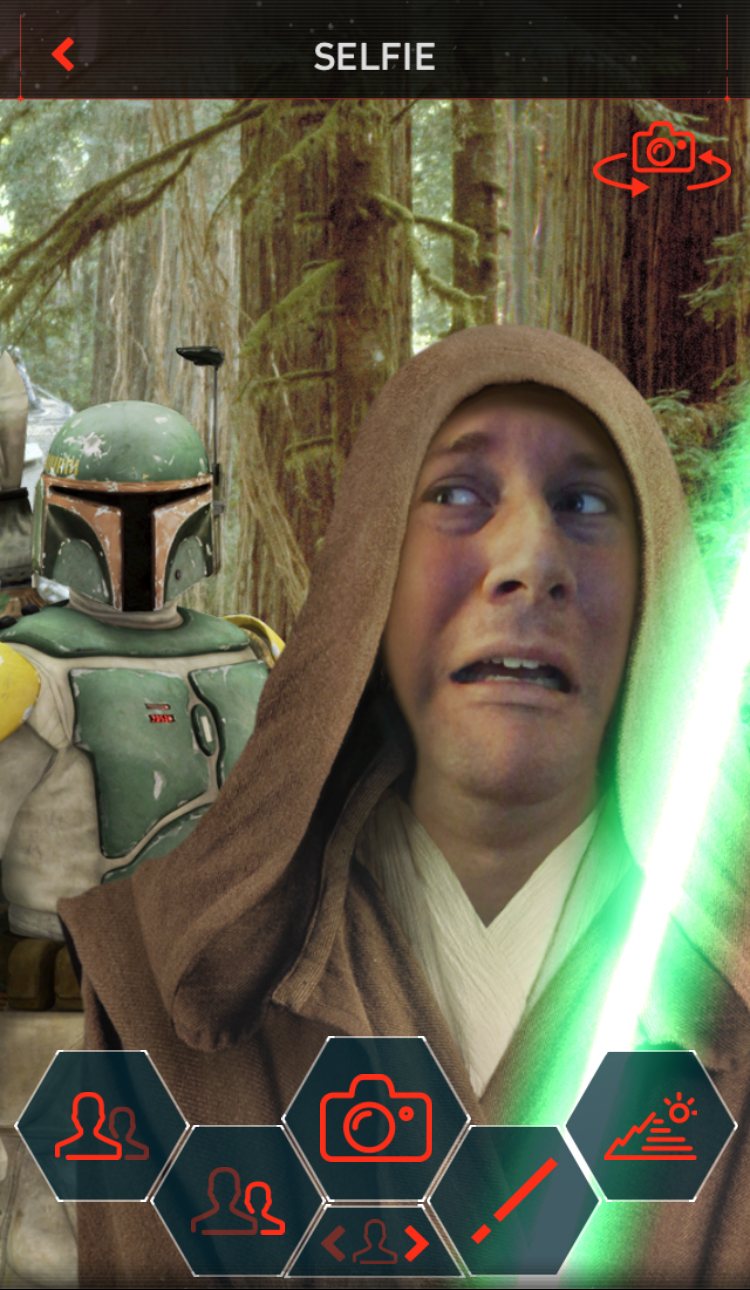 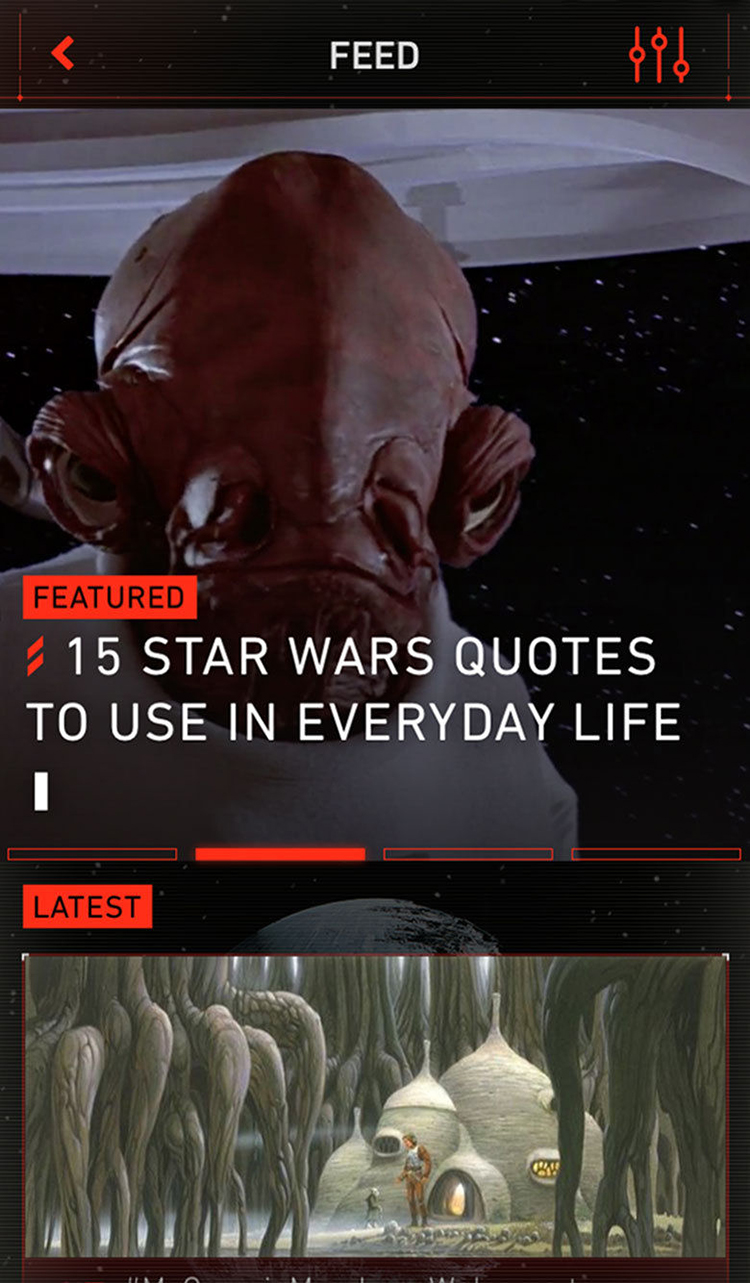 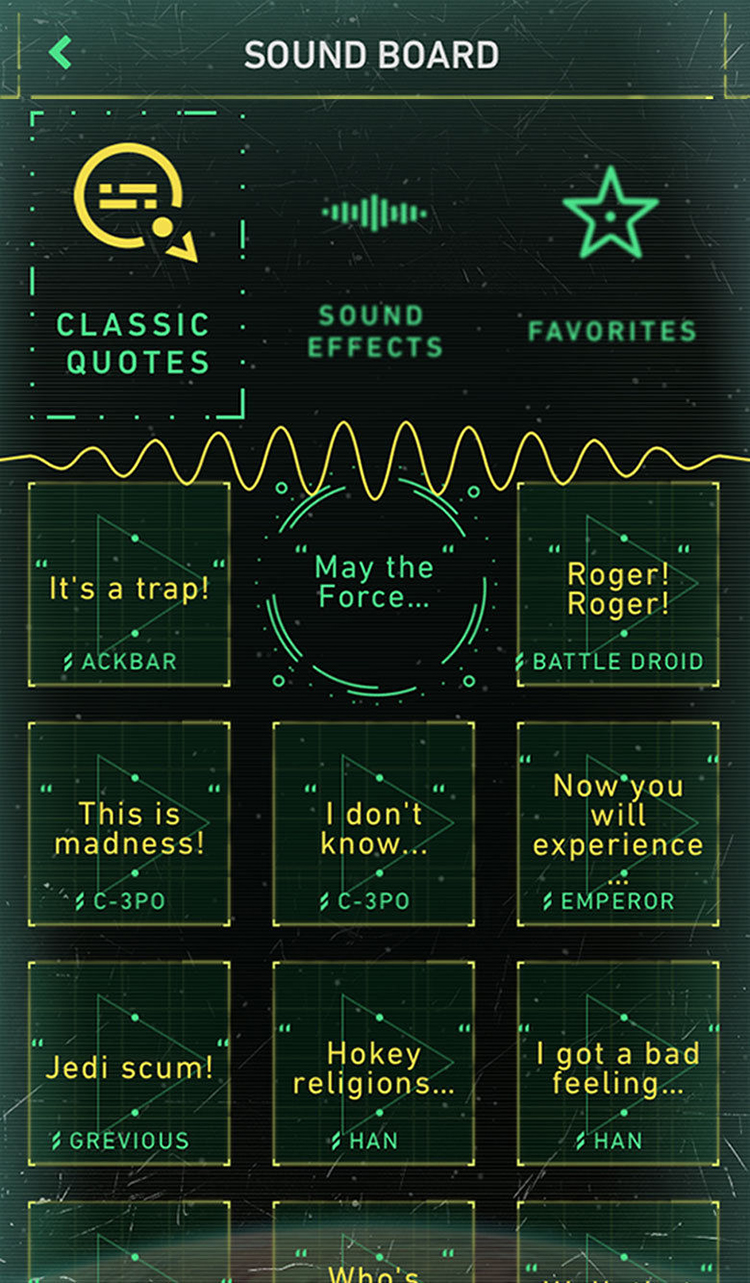 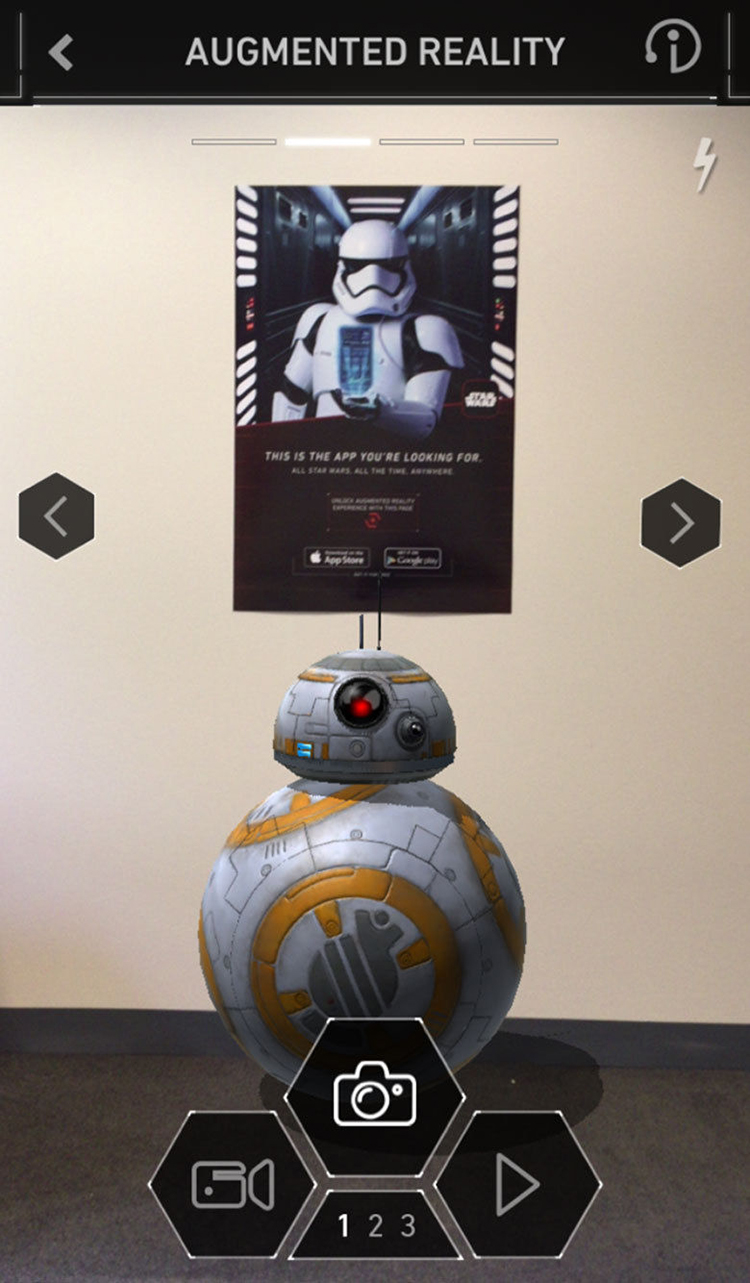 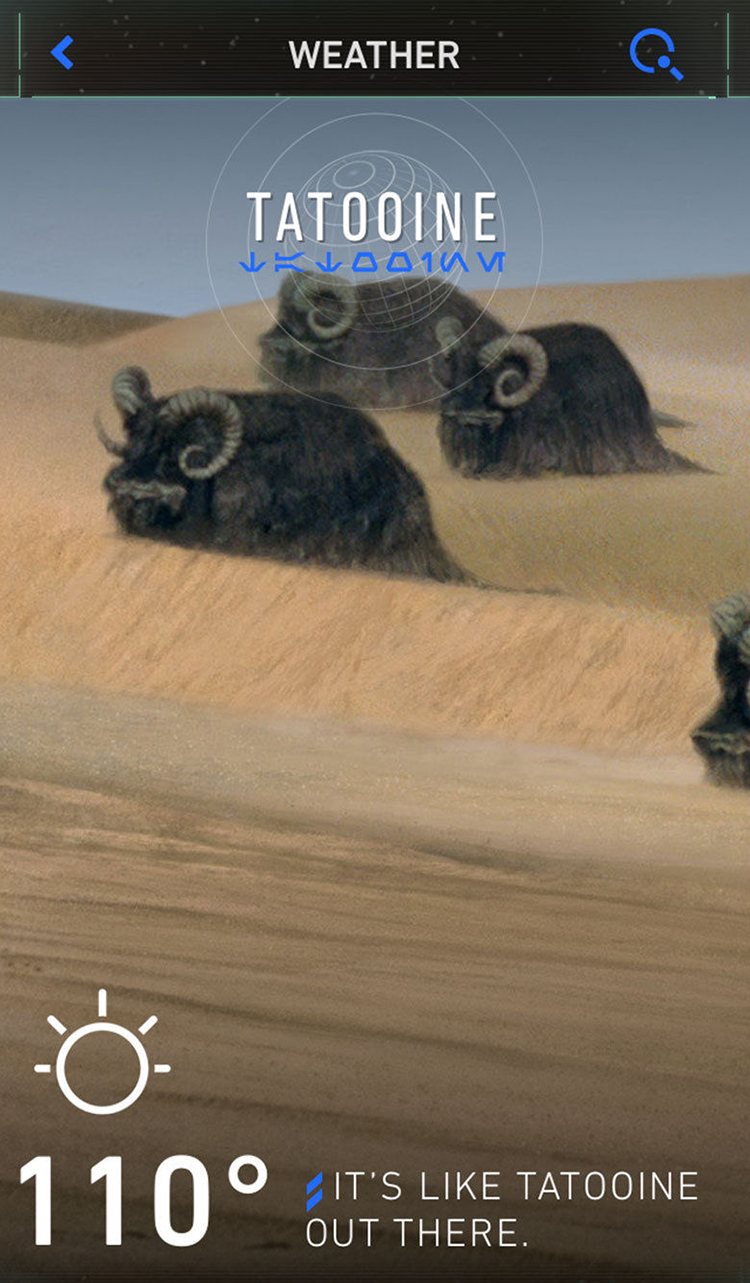 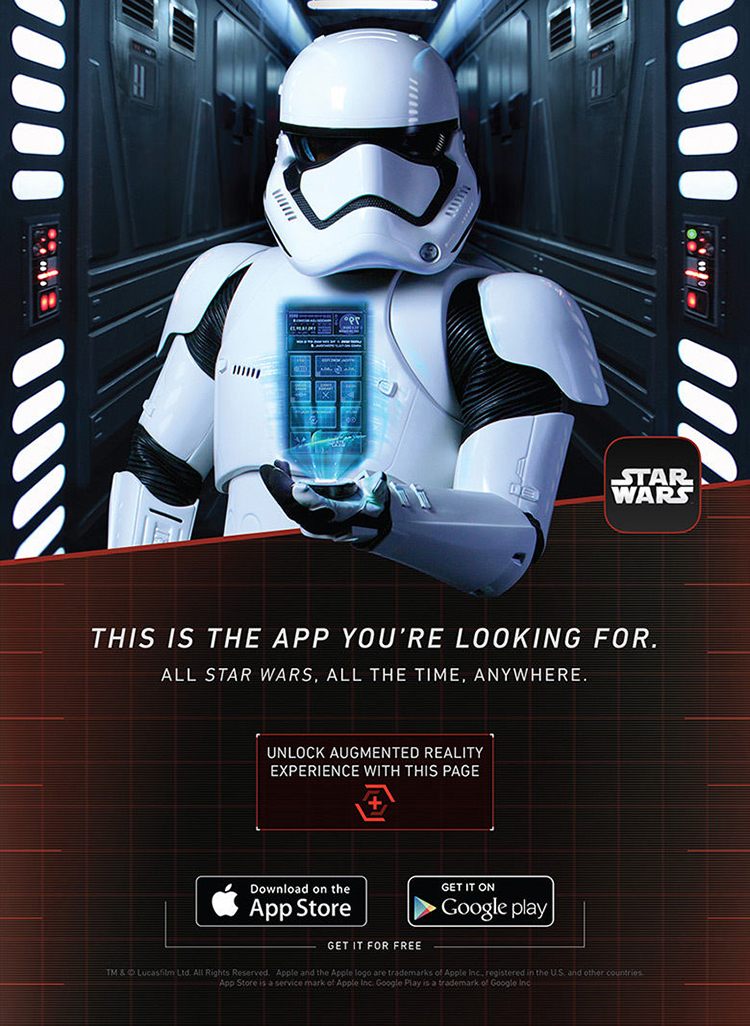