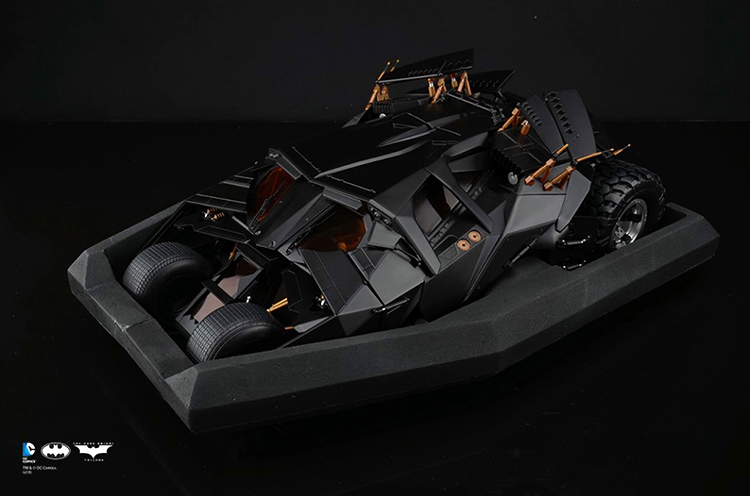 Soap Studio has created a beautiful remote-controlled version of Batman‘s “Tumbler” batmobile from Christopher Nolan‘s Dark Knight superhero film trilogy. The 1:12 scale vehicle is made up of over 600 highly detailed pieces, comes with a crime-fighting Batman figurine, and can be controlled with either an iOS or Android app via WiFi. The Tumbler is available to purchase online from the Soap Studio store.

Our Tumbler is fully controlled by the most advanced mobile app which capable to not only making the car run but also cockpit and spoiler movements, 16 super bright LEDs, Power-Jet mode plus special engine sound and visual effects, night vision camera for video and photo shooting,voice intercom, a 1:12 Batman which features 26 points of articulations, remote control LED display platform…etc. As a collective item or simply a playing toy,the Tumbler also reaches the highest degree of product furnishing. 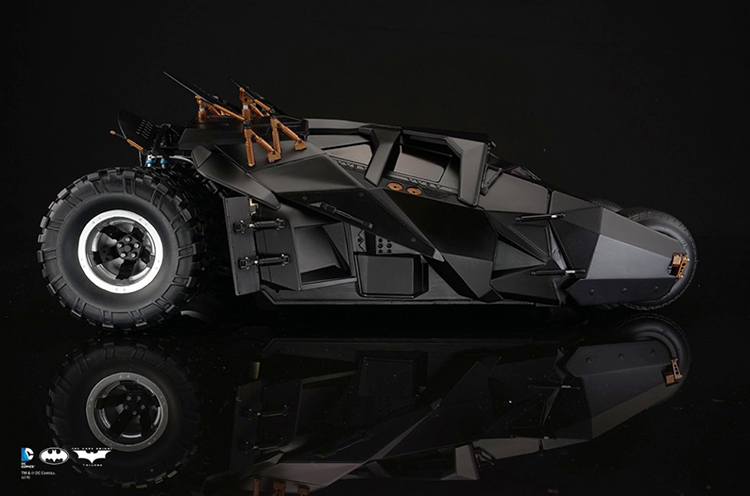 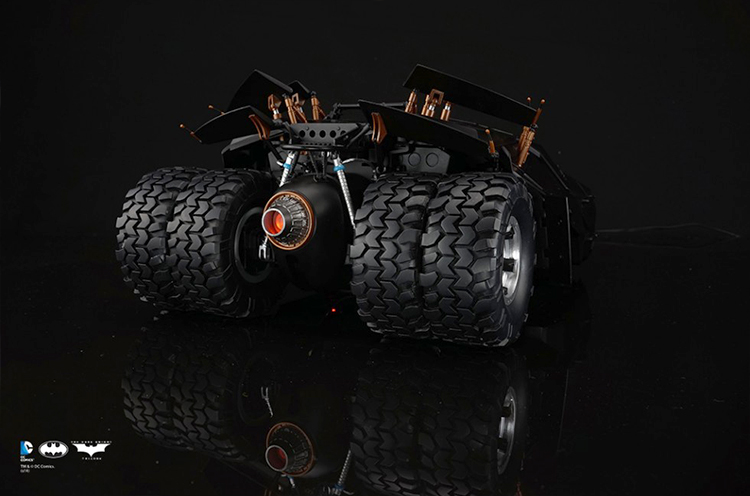 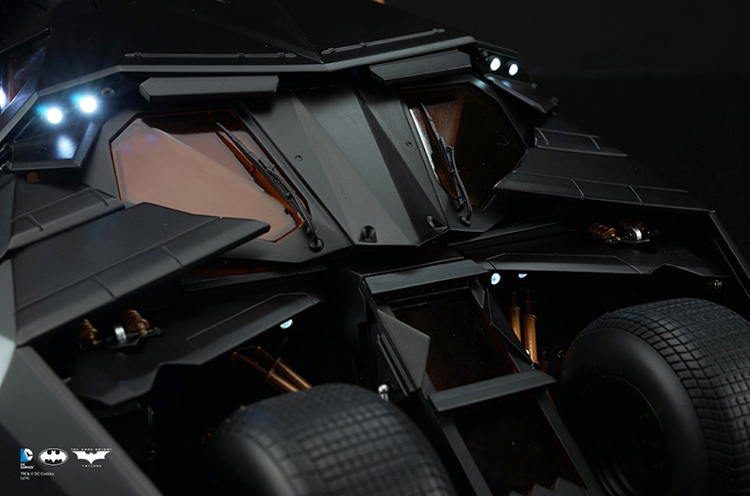 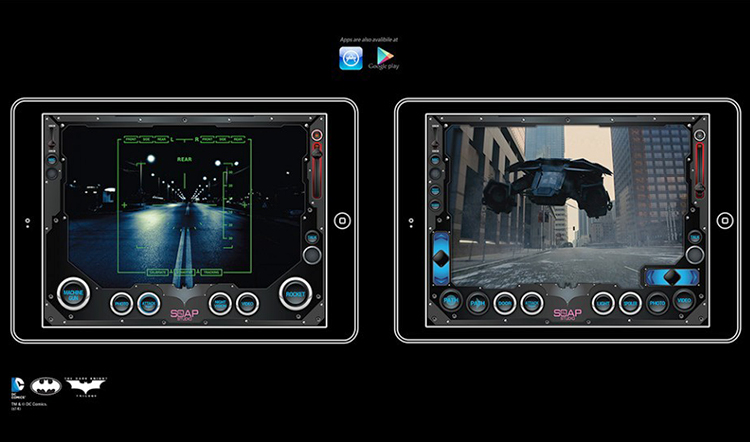 via GeekAlerts, The Awesomer