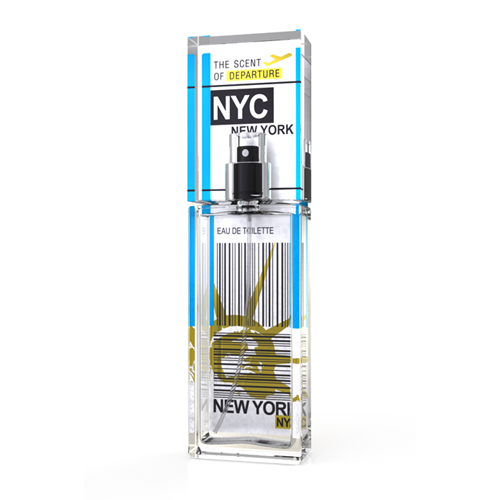 In early 2011, perfumer Gérald Ghislain and designer Magali Sénéquier launched The Scent of Departure, a line of fragrances aimed to capture the “essence and spirit of the world most vibrant cities in an olfactory memento”. Currently, they have 20 unisex eau de toilette “destinations” available, each one geared to capture the smell of a city. The latest city to receive its own perfume is New York City. Its fragrance pushes the sweeter scents of the city, like apples, lilac, caramel, and vanilla.

A lovely sunny day in the Big Apple City. The air is filled with the scents of lilac and rose from the vast and majestic Central Park. You are walking along Times Square under the mild and fresh breeze from New York harbor. Enjoy this modern, crisp and invigorating fragrance with sparkling and sourish notes of apple.