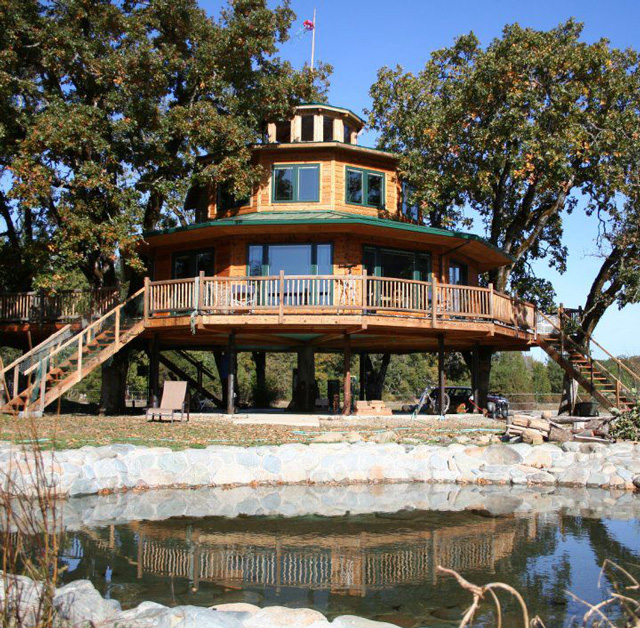 Former Green Beret medic, Michael Garnier of Out ‘n’ About Treehouse Treesort, has built an amazing Ewok-like village of treehouses on his property in rural Oregon which he partially operates as a bed-and-breakfast “treesort”. He also has become an industry leader in treehouse construction and has helped develop the Garnier Limb, which is a better way to build structures on trees. Recently, Fair Companies got a tour of the property and created an interesting short film about his unique structures and the story behind them. They later followed him to his personal treehouse home and got the scoop on what may be the world’s largest treehouse. The home is 1800 square feet and is supported by 7 trees.