Jesse the Jack Russell Terrier (“Just Jessie the Jack”) is a master showman in his latest video, performing such amazing tricks as breathing underwater, doing handstands, riding a mini-scooter, doing somersaults and going limp on command, among many others. According to his human, Jesse is always on the look out for new adventures.

Jesse loves learning tricks, and is continually expanding his vocabulary. The enhanced communication and bond that comes from spending time together pushes us to think up more fun and challenging tricks. We both have a great time learning tricks together! All of Jesse’s tricks have been taught using positive reinforcement and relationship-based training. 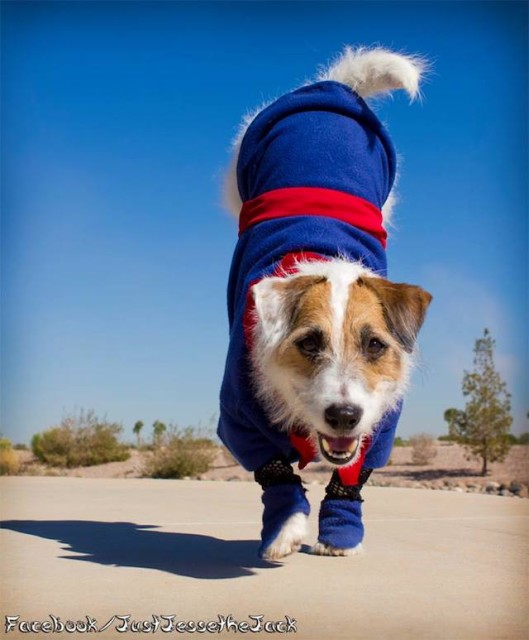 image via Just Jesse the Jack