Back in 2010 we first posted about Ace in the Hole: Death of a Junkyard, a documentary project on the collaborative San Francisco art space, the Ace Junkyard, and the yard’s operator, Bill “The Junkman” Kennedy. Up until it closed in 2009, the Ace Junkyard was a resource for artists and a venue for offbeat cultural events like the Power Tool Drag Races. Filmmaker Yasmin Mawaz-Khan has now completed about 70% of the principal photography for the film, and is now raising funds on Kickstarter to finance completion of the project. The documentary is scheduled for release in late 2015 or early 2016.

The magical story of Ace Junkyard is a critical look at the evolution of a one-of-a-kind space, what it brought to the community that loved it and served it, and how its untimely end continues to unite the individuals it served even years after it is gone. 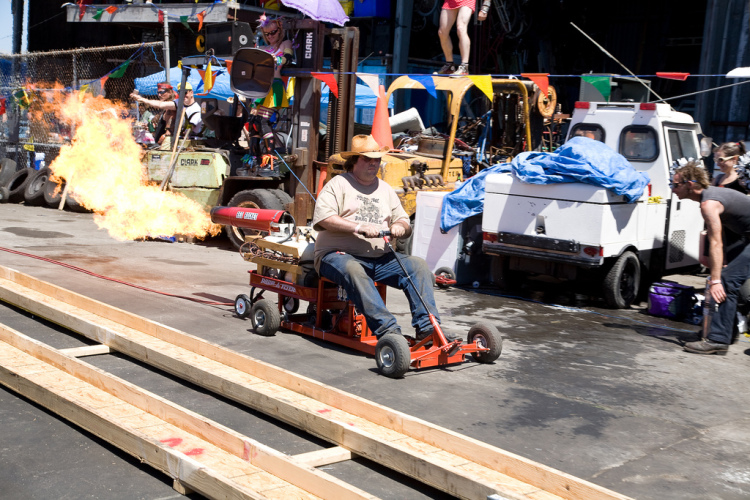