Absolutely Anything, an upcoming film directed by Terry Jones, features a man (Simon Pegg) gifted with absolute power by a bunch of aliens voiced by members of Monty Python. The official trailer for the film showcases Pegg receiving his powers and abusing them in a variety of ways–including making his dog, voiced by Robin Williams, talk. The film, which we previously wrote about in 2012, is scheduled to release on August 14, 2015 in the United Kingdom.

Absolutely Anything follows a disillusioned school teacher (Pegg) who suddenly finds he has the ability to do anything he wishes, a challenge bestowed upon him by a group of power-crazed aliens (voiced by Cleese, Gilliam, Jones, Palin & Idle), watching him from space.

As he struggles to deal with these new found powers and the events that subsequently arise, he calls upon his loyal canine companion Dennis (voiced by Robin Williams) to help him along the way. 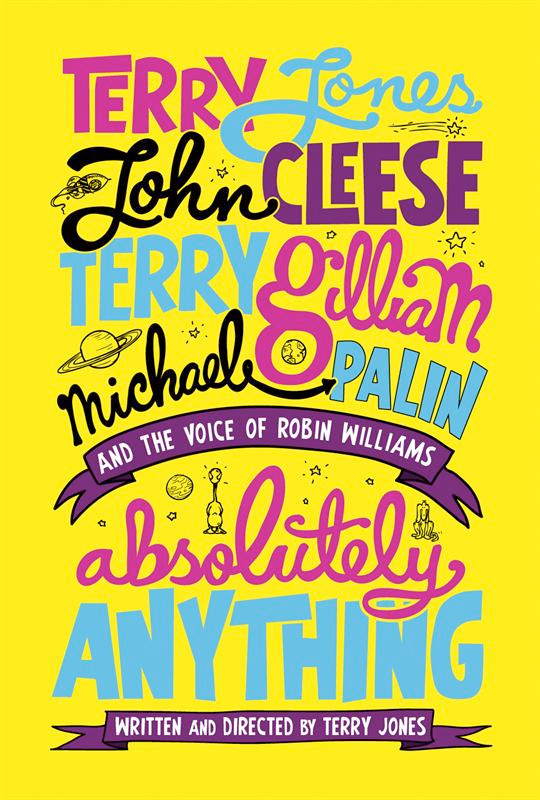