Astronauts aboard the International Space Station captured amazing video of the June 12, 2009 eruption of the Sarychev Peak volcano in eastern Russia.

Prior to June 12, the last explosive eruption had occurred in 1989 with eruptions in 1986, 1976, 1954 and 1946 also producing lava flows. Commercial airline flights were diverted from the region to minimize the danger of engine failures from ash intake. This detailed photograph is exciting to volcanologists because it captures several phenomena that occur during the earliest stages of an explosive volcanic eruption. 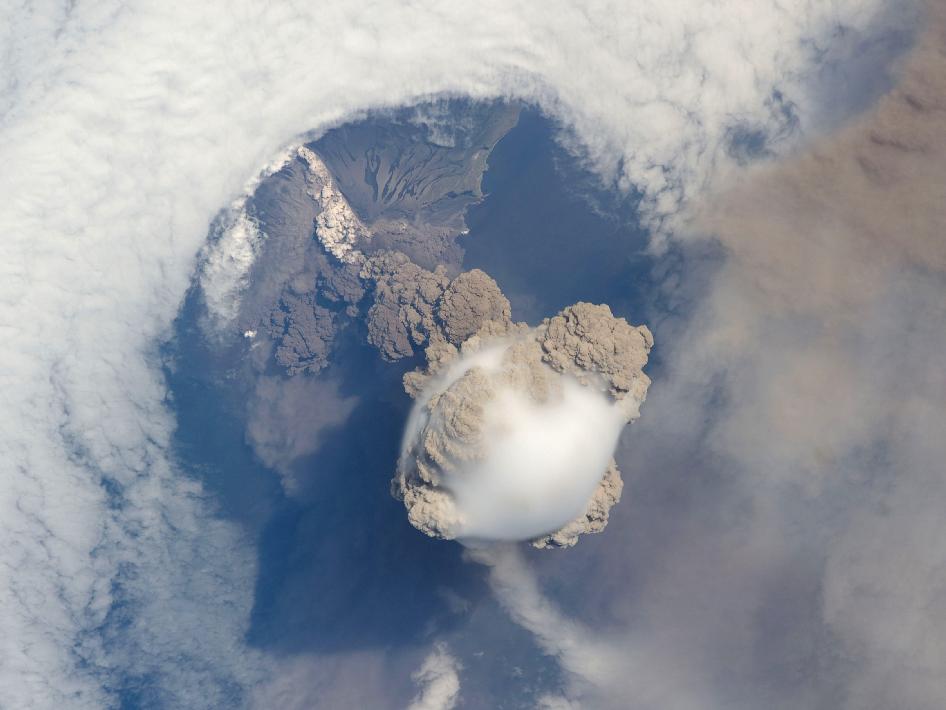 image and video via NASA