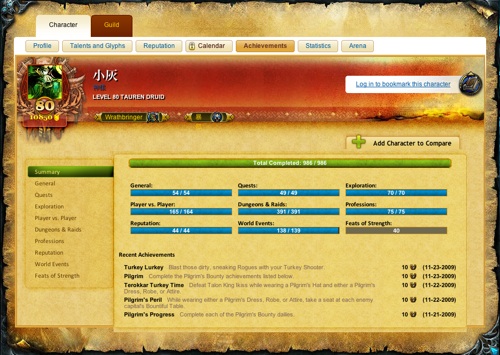 “Little Gray”, a level 80 Tauren Druid, is the first person to “finish” playing World of Warcraft, completing 986/986 achievements on the armory on Taiwanese servers. There is some debate about his completion of the game, a bug allowed him to bypass the BB King achievement. Here are his stats as compiled by CVG: