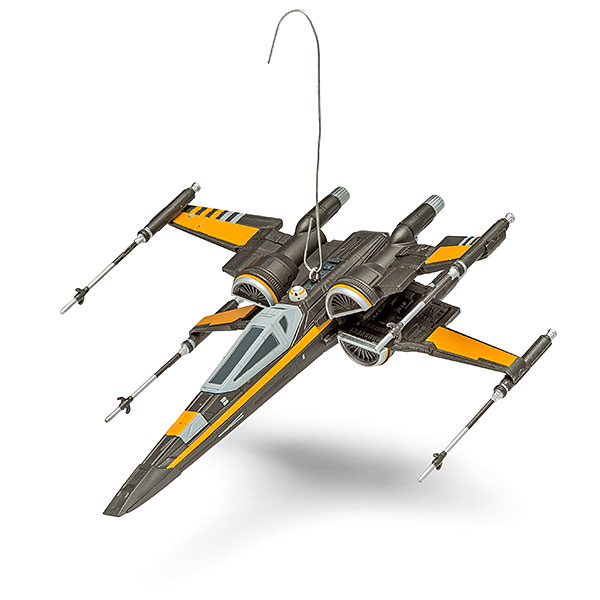 ThinkGeek is featuring a Star Wars: The Force Awakens T-70 X-wing fighter Christmas ornament from Hallmark that fires off “authentic movie battle sounds” when BB-8‘s head is pressed down.

With its double-layered wings in the open “X” position, Poe Dameron’s Resistance starfighter is ready to face the forces of the First Order. Or your cat. Actually you should probably put this higher on the tree so your cat can’t get to it unless your cat’s Force sensitive. And then all bets are off.

The ornament’s powered by two LR41 button cell batteries, which are included with it. When you push down on BB-8’s head, authentic movie battle sounds will put your tree right in the middle of the action, so you probably want to be sure to keep it well-watered. 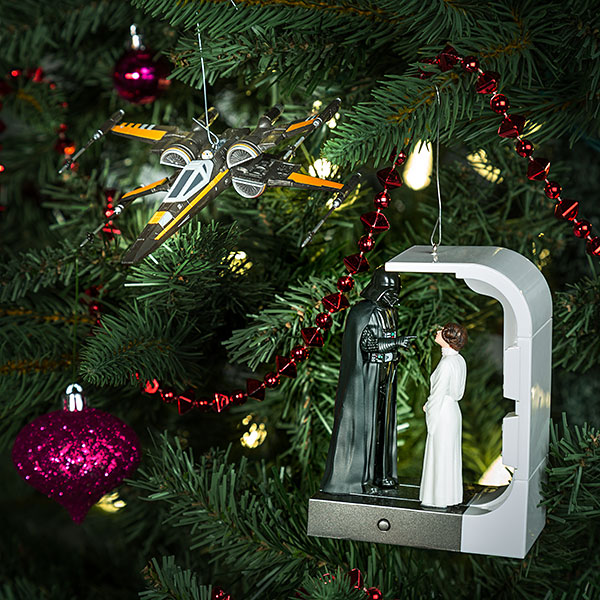