A snake robot swims underwater with vaguely unsettling ease in this video uploaded in 2013 by IEEE Spectrum. The robot in question is an ACM-R5, a waterproof articulated robot designed for underwater inspection and search operations. The robot has a wireless camera and additional sensors can be installed “upon request.” Each modular segment has wheels, which allows the robot to slither out of water as well. It’s much larger than it appears on video–a standard arrangement of nine segments is about five-and-a-half feet long. ACM-R5 was developed by Japanese robotics firm HiBot and unveiled back in 2005. 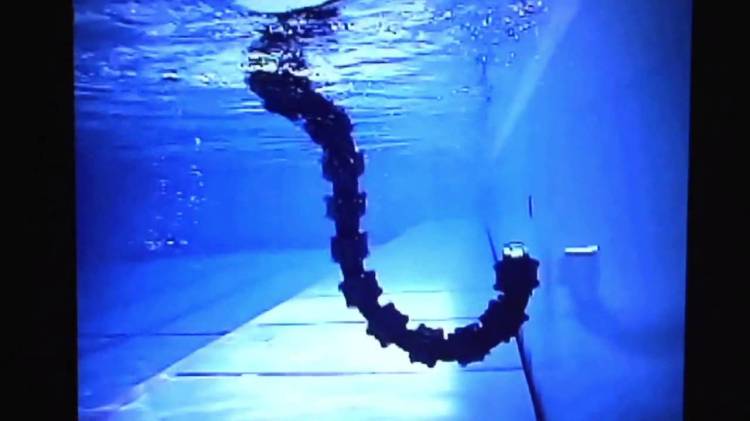 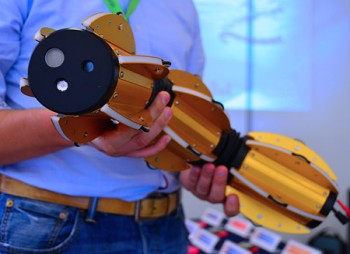 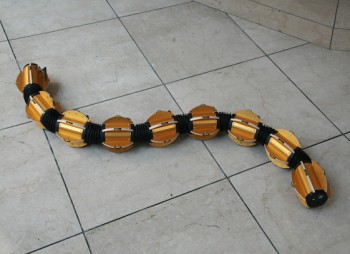 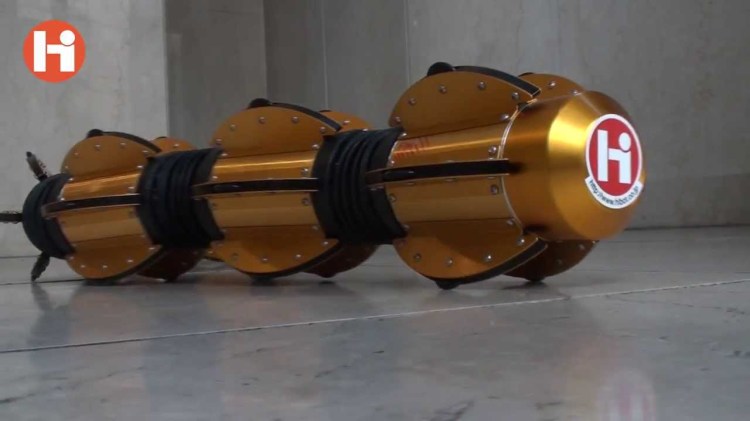