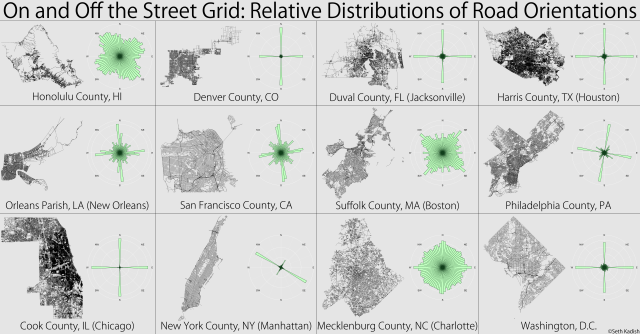 On and Off the Street Grid: Relative Distributions of Road Orientations

Portland, Oregon-based scientist Seth Kadish created a series of graphics comparing the relative directions of urban road networks. Kadish calculated the azimuth of every street within the city-counties using a sinusoidal map projection, and then graphed this against the cardinal directions depending on the longitude of the area. The result showcases which areas more strictly adhered to some sort of grid plan and which did not.

All calculations were made in a sinusoidal map projection using the central longitude of the area of interest. I then graphed the angles on rose diagrams (wind roses) using bins of 5° to show relative distributions for each area. The plots were scaled such that the maximum bar height was the same on each rose. To ensure rotational symmetry in the plots, each azimuth was counted twice: once using the original value and once using the opposite direction (e.g., 35° and 215°). As such, all streets, regardless of one-way or two-way traffic, were considered to be pointing in both directions. 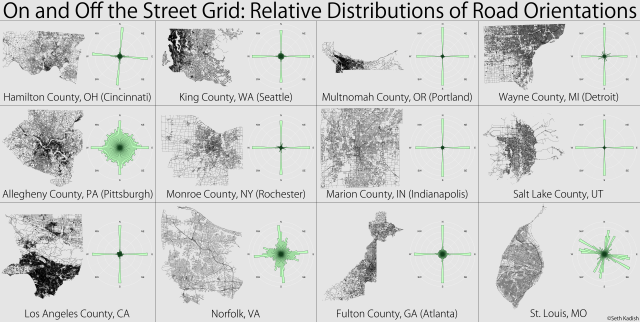 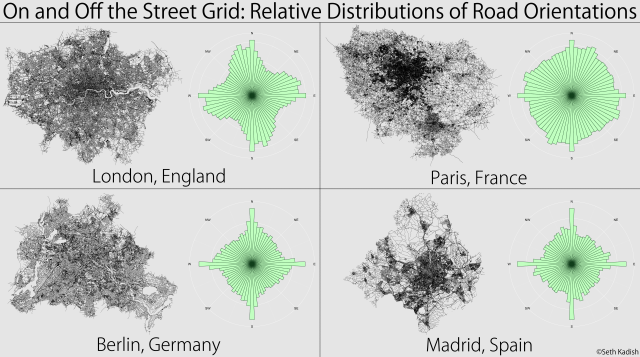