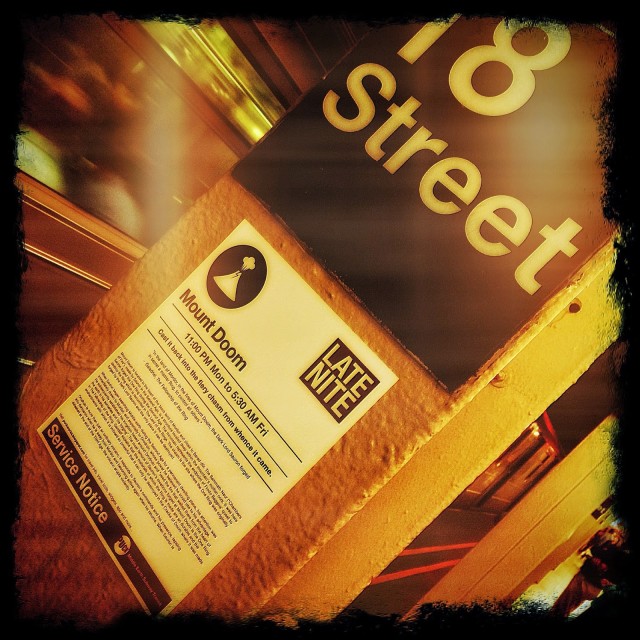 Transit artist Puck Works has been placing a series of The Lord of the Rings-themed service notices at various points in New York City’s subway system. More examples are available on Puck Works’ website. 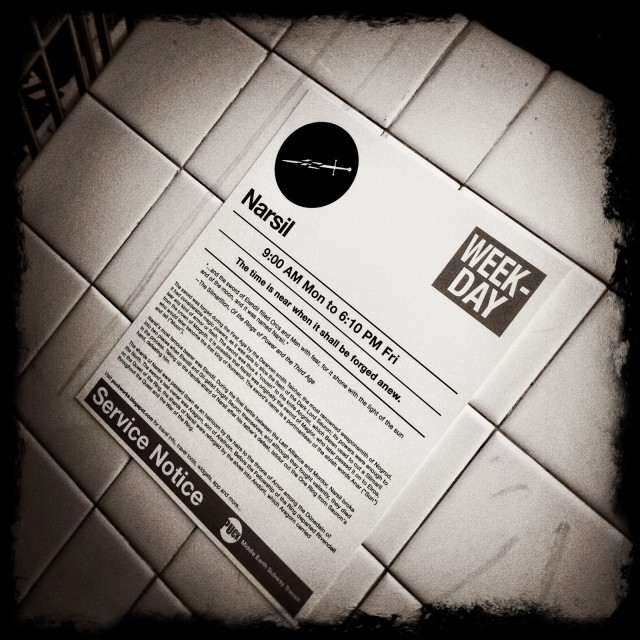 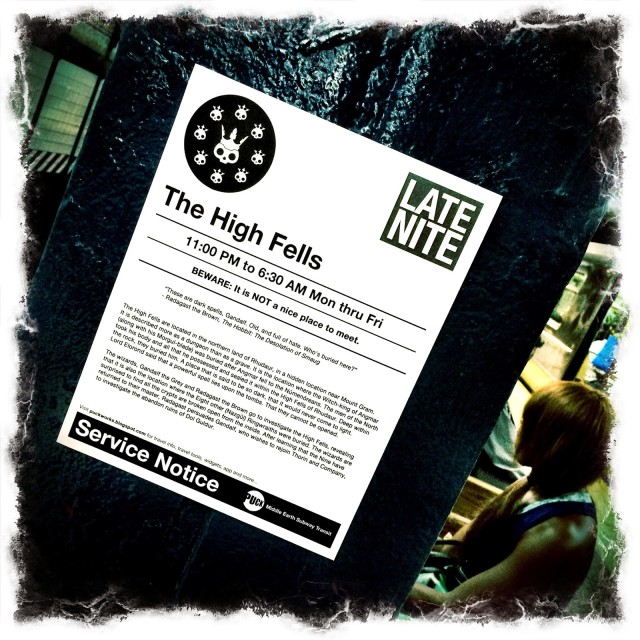 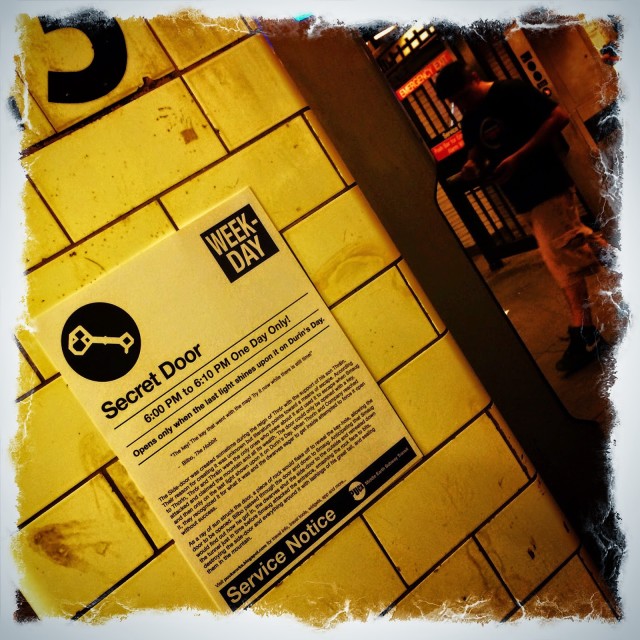 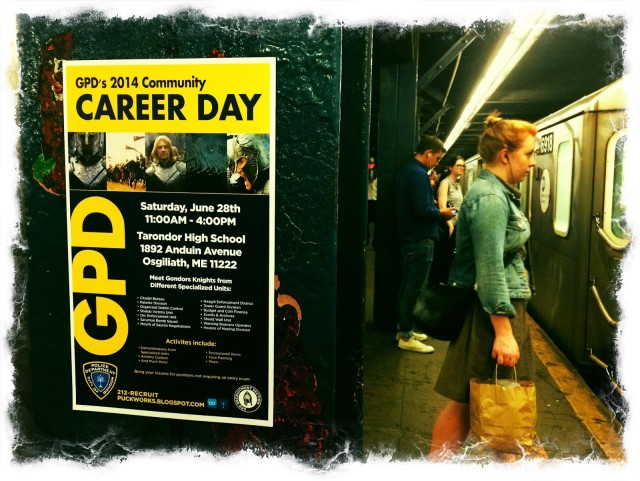