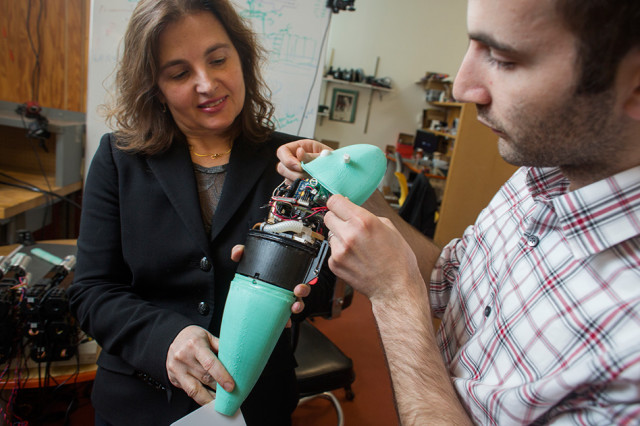 Andrew Marchese, a graduate student at Massachusetts Institute of Technology (MIT), built a soft robotic fish that is both self-contained and autonomous. Typically, soft robotics has had to choose between the two. In the case of the soft-bodied fish, which uses soft silicone to allow undulation, the supporting hardware is stored in the more rigid front portion. This allows the back half to move easily, and it can even perform a traditional escape maneuver associated with actual fish. The research and robotic fish are reported on in the first issue of the new academic journal Soft Robotics.

“We’re excited about soft robots for a variety of reasons,” says Daniela Rus, a professor of computer science and engineering, director of MIT’s Computer Science and Artificial Intelligence Laboratory, and one of the researchers who designed and built the fish. “As robots penetrate the physical world and start interacting with people more and more, it’s much easier to make robots safe if their bodies are so wonderfully soft that there’s no danger if they whack you.”