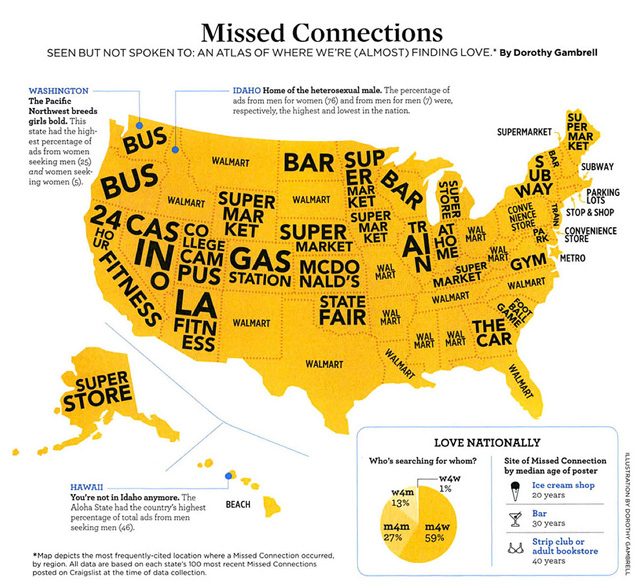 Cartoonist Dorothy Gambrell mapped out state-by-state where love is (almost) found through the Craigslist “Missed Connections” section. The map was featured in the February 2013 issue of Psychology Today.

Idaho
Home of the heterosexual male. The percentage of ads from men for women (76) and from men for men (7) were, respectively, the highest and lowest in the nation.

Hawaii
You’re not in Idaho anymore. The Aloha State had the country’s highest percentage of total ads from men seeking men (46).