Brett Cohen isn’t a celebrity but he recently pretended to be one. On July 27, 2012, he played a prank on people in New York City’s Times Square by dressing up like one, being accompanied by “an entourage of two professional bodyguards, two assistants, and photographers pretending to be paparazzi” and ended up having his picture taken with nearly 300 people. Check out the video that was made of the prank, it includes interviews with regular folks who really believe they have just met someone famous.

Brett Cohen came up with a crazy idea to fool thousands of pedestrians walking the streets of Times Square into thinking he was a huge celebrity, and it worked! Not only did it work, it caused quite a sir. This social experiment, of sorts, makes a profound statement about how modern culture is so attracted to pop culture, without any real credibility needed. 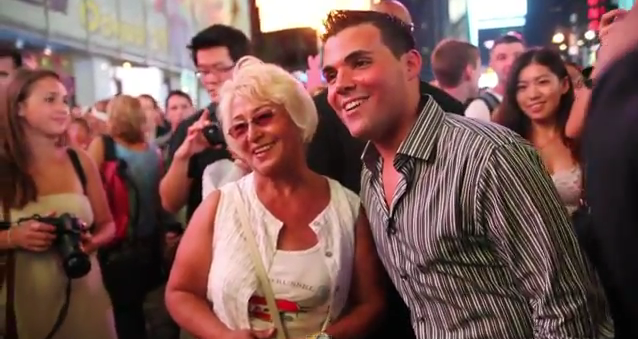