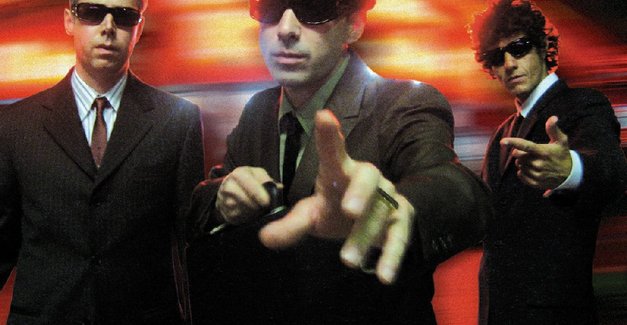 True story, when I was in college the cassette deck in my roommate’s van ran slow. So when we popped in The Beastie Boys’ Paul’s Boutique, the raps were just a little bit retarded, and so we could understand the lyrics more easily and even (sorta) rap along. The Beasties are definitely one of the groups who put the rapid fire into rap, and their lyrical style features a collage of pop cultural obscure references that is so dense it would make (old school) Dennis Miller take notes.

Usually you either *get* these references, or you let it go, cuz if you aren’t familiar with late night local TV ads from NYC in the 1970s or 1980’s bargain wine brands, then there’s not really an easy way to acquire that knowledge. But now, thanks to The Onion‘s AV Club, there is an extensive glossary of Beastie Boys lyric references. They drop it all in one place, from Albee Square Mall to Zulu Beat Show.

The list includes many I didn’t know, and for the ones I did it’s nice to have the reminder. Plus sometimes there’s welcome video evidence. For instance, “Like Sam the Butcher Bringing Alice the Meat” (“Shake Your Rump,” Paul’s Boutique)

Here are some other favorites:

Walt “Clyde” Frazier is one of the best, most iconic players in the history of the New York Knicks, leading the team to its only championships in 1970 and ’73. This lyric nods to Frazier’s book, Rockin’ Steady, originally released in 1974.

Whenever the Beasties were drinking in the early days, O.E. was clearly available—that’d be Olde English 800, likely delivered in a 40-ounce bottle. In “Hold It,” the Beasties suggested pairing the drink—malt liquor, 5.9-8 percent alcohol by volume—with Rice-A-Roni, the cheap boxed rice.

Slogan used in a surprisingly confrontational, long-running ad campaign for Eggo, a brand of toaster waffles from Kellogg’s.

Sadaharu Oh played for the Yomiuri Giants from 1959 to 1980, amassing 2,786 hits, 868 of which were home runs—an international record for a professional career.

Seeing them in one place like this, these pop culture artifacts are all so awesome that it’s clear why the Beasties were so excited to cite them in the first place. The full list spans 8 pages–check it and your head out.

For folks who want more Beasties insights, there’s Beastiemania, who AV Club mention as a major source for their glossary. Beastiemania breaks down all the samples & references, song by song; take for example the 3 samples & 9 references in “What Comes Around”. There’s also Beastie Boys Annotated which is exactly what you’d think it is.

I also recommend the commentary mp3 the Beasties recorded for the Paul’s Boutique twentieth anniversary re-release. You can download it free. it’s like a DVD comment track but for the full run of the album. But unlike the AV Club list (and like many DVD commentaries), it’s not a tight explication of references, it’s an ambling chat about how little they remember from the recording sessions and how stoned they were–still fun!