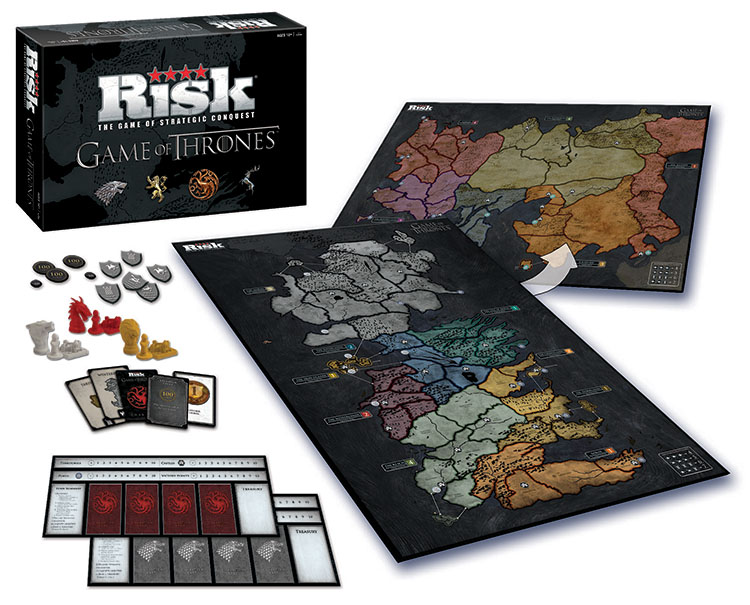 USAopoly has teamed up with Hasbro and HBO to create Risk: Game of Thrones, a special edition of the classic Risk board game based on the HBO’s popular television series Game of Thrones. The board game is available to pre-order online from Entertainment Earth and Amazon and is scheduled to release in August 2015.

‘RISK: Game of Thrones’ Edition Game escalates ‘Risk’, the classic game of strategic conquest, to an epic level of chaos and war in a battle for the Iron Throne. Featuring striking game packaging, two custom-designed game boards, three ways to play, seven finely sculpted armies, and more than 650 total pieces, this game of strategic conquest will test the wits and bravery of both Risk and Game of Thrones fans. So, ready your swords for battle as you vie for domination of the Seven Kingdoms and beyond, because in RISK: Game of Thrones Edition Game only one victor can sit on the Iron Throne. 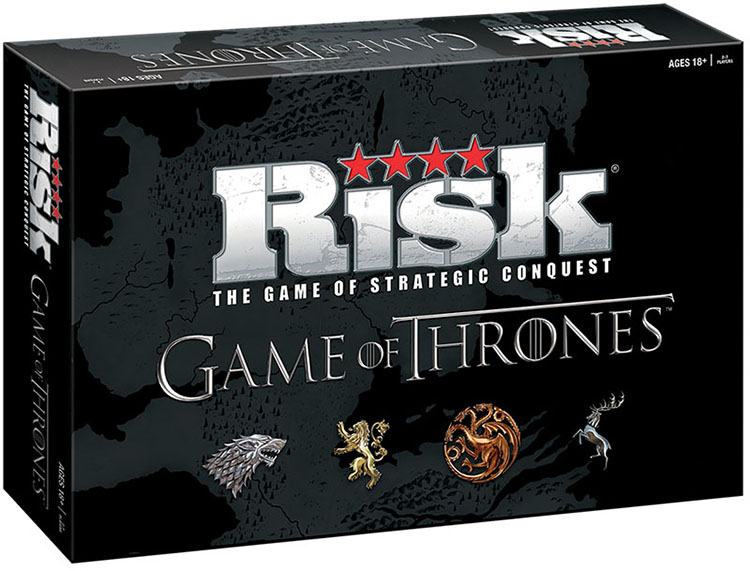 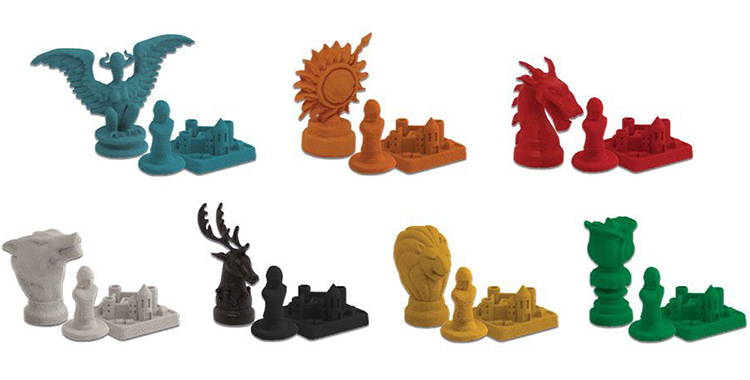 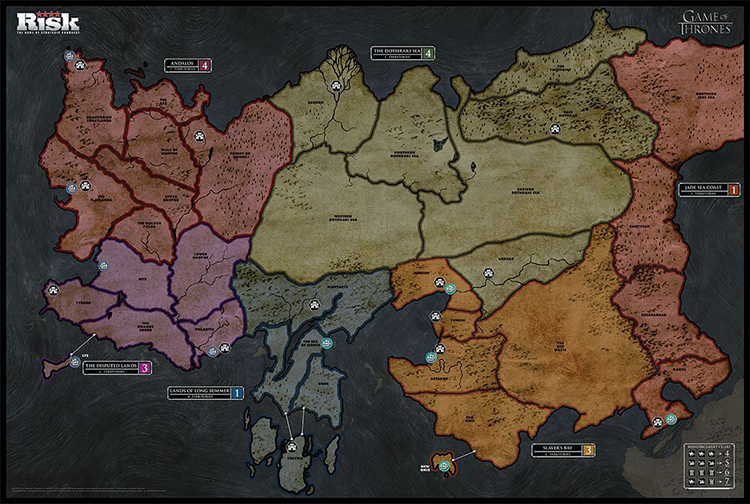 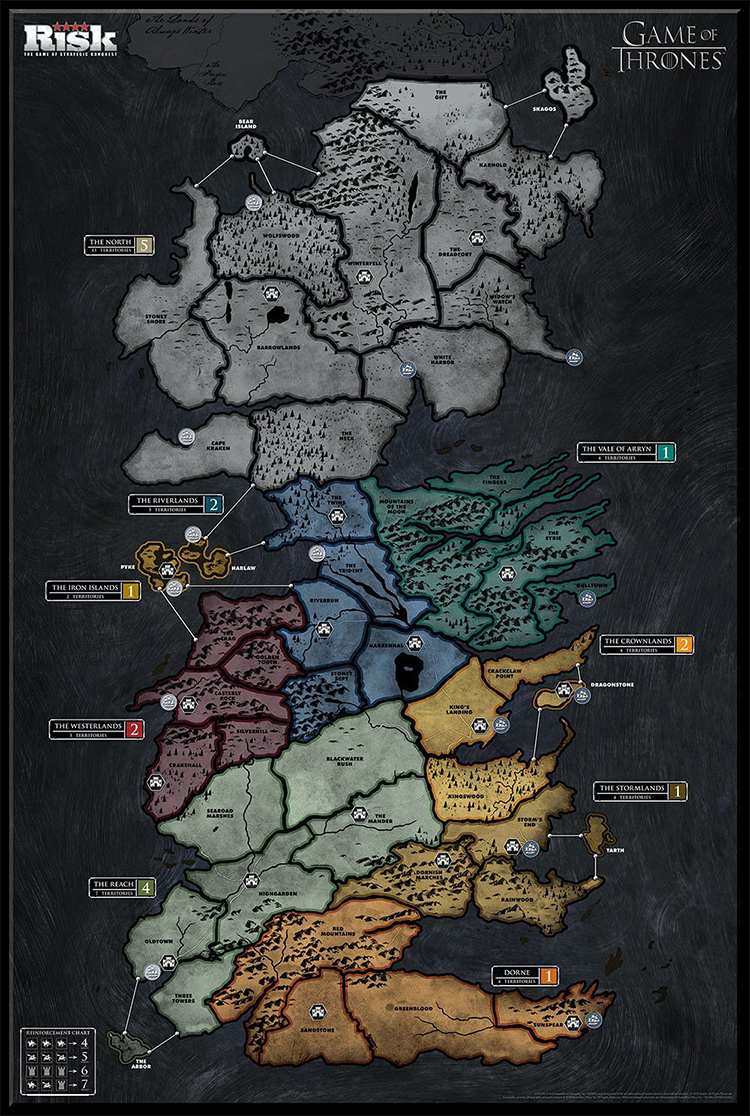