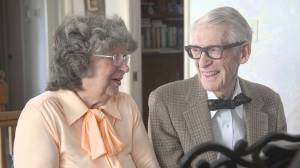 An adorable 80-year-old couple celebrated their recent 60th wedding anniversary by playing a duet of “Carl & Edie’s Theme” from the Pixar movie Up on a piano. The video was created by their grandson Jason Lyle Black, the “Backwards Piano Man.” via Oh My Disney 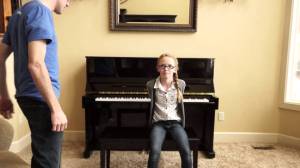 Provo, Utah-based musician and entertainer Jason Lyle Black (previously), also known as The Backwards Piano Man, and his 11-year-old sister Sara created a new video in which they perform a dueling piano mashup of popular songs from Disney‘s Frozen while both facing forward and backward at the piano. This piano… 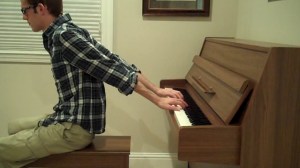 Provo, Utah based musician and entertainer Jason Lyle Black (The Backwards Piano Man), who is best known for his backwards piano playing on The Ellen DeGeneres Show, has ventured into the realm of video games with his impressive backwards performance of the Super Mario Theme.