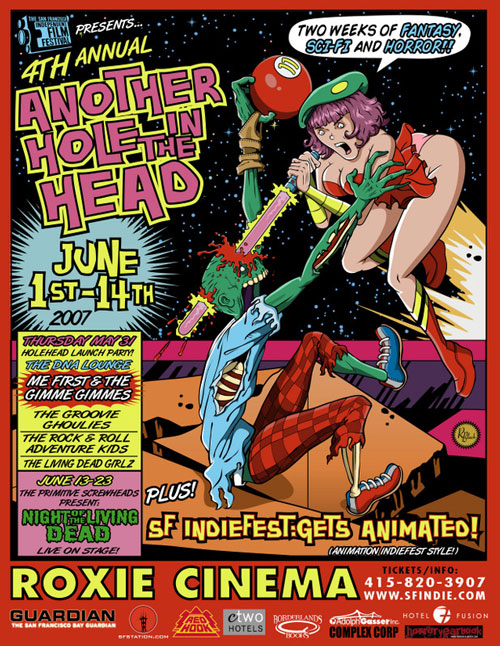 SF Indiefest presents the 4th Annual Another Hole In The Head horror and sci-fi festival, June 1st through 14th at The Roxie in San Francisco. This year they are adding animation to the mix with their new IndiFest: Gets Animated series.

Like an old-fashioned movie matinee twofer or a cinematic yin and yang, SF IndieFest unleashes ghosts, madmen, monsters, and cartoon merriment concurrently at Another Hole in the Head Film Festival plus SF IndieFest: Gets Animated running June 1stâ€“14th. During the daylight hours of summer, the brand new IndiFest: Gets Animated program offers some of the finest in independent animation as well as studio rarities. But when the sun goes down, the spooks come out for miles of celluloid horror at the 4th annual Another Hole In The Head Film Festival. Advance tickets and other information for both festivals can be found at www.sfindie.org.

Don’t miss the Another Hole In The Head launch party and fundraiser this Thursday, May 31st at The DNA Lounge featuring Me First and the Gimme Gimmes.

There are a bunch of great trailers for the films being shown at the festival, including one for Simon Says, a new horror film by DarkMoon Pictures staring Crispin Glover. 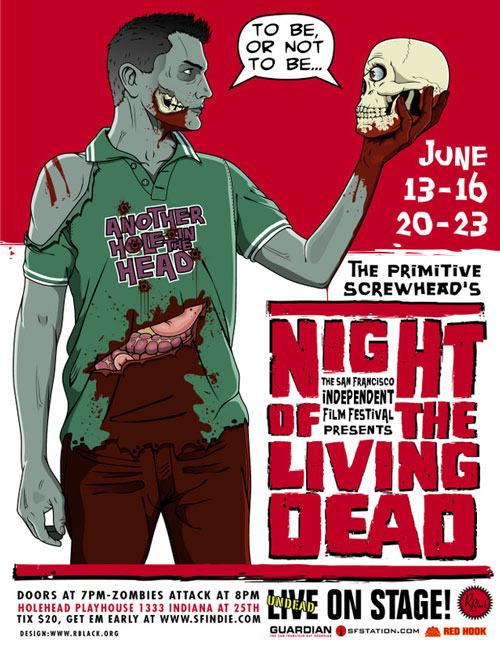 June 13th through 23rd there will be a special presentation of Night of the Living Dead performed live on stage by The Primitive Screwheads at the Hole Head Playhouse in San Francisco.