On an interesting episode of Maker Project Lab‘s Maker Update series, host Donald Bell takes a look at a 3D printed, Raspberry Pi powered Rubik’s Cube solving robot that was made by Otvinta. The folks at Otvinta shared the files for building your own Rubik’s Cube robot on Thingiverse and their website.

This 3D-printed Raspberry PI-powered Rubik’s Cube solving robot has everything any serious robot does — arms, servos, gears, vision, artificial intelligence and a task to complete. If you want to introduce robotics to your kids or your students, this is the perfect machine for it.

This robot is fully 3D-printable. Other that the servos, servo horns, camera, electronics and a few dozen bolts and nuts, it has no traditionally manufactured parts. 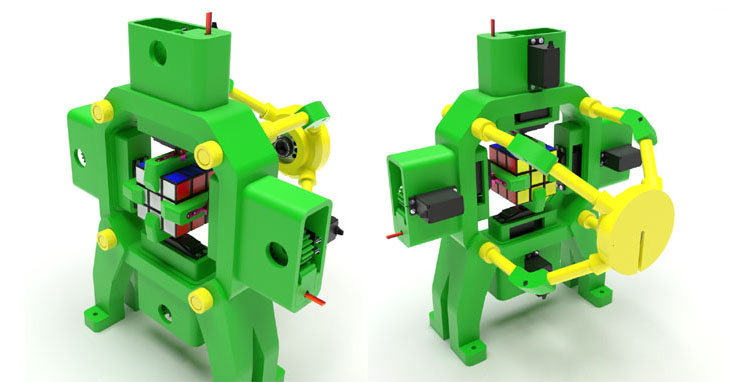