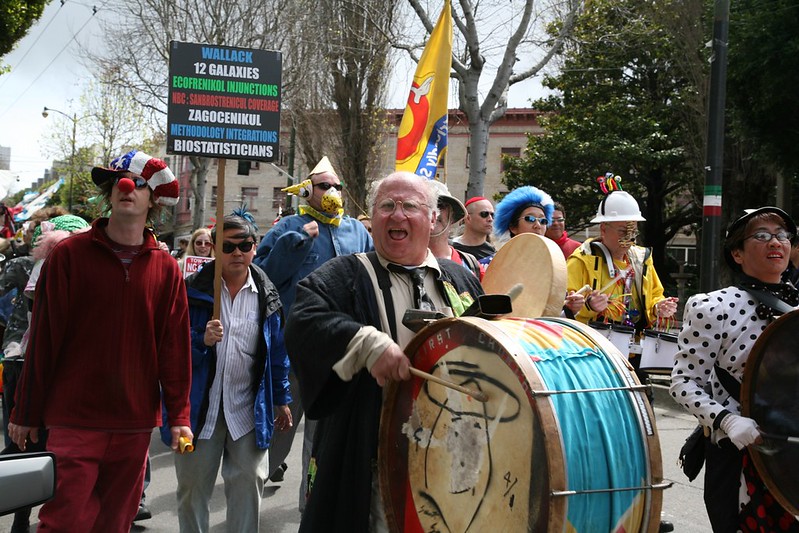 Each year on the initial day of April The First Church of the Last Laugh stages a singular parade through the streets of San Francisco to celebrate their one holy day a year Saint Stupid’s Day.

This Wednesday, April 1st will be no exception…

Bring PINK SLIPS and EVICTION NOTICES for the HQs of the not so free market…print your own money for bail outs, pay offs and buy ins. Fun for all ages! Drums and other noise production devices encouraged. Attend at your own risk. Watch your step. Spread the word.

This will be the first year that Saint Stupid is on Twitter: @ststupid. 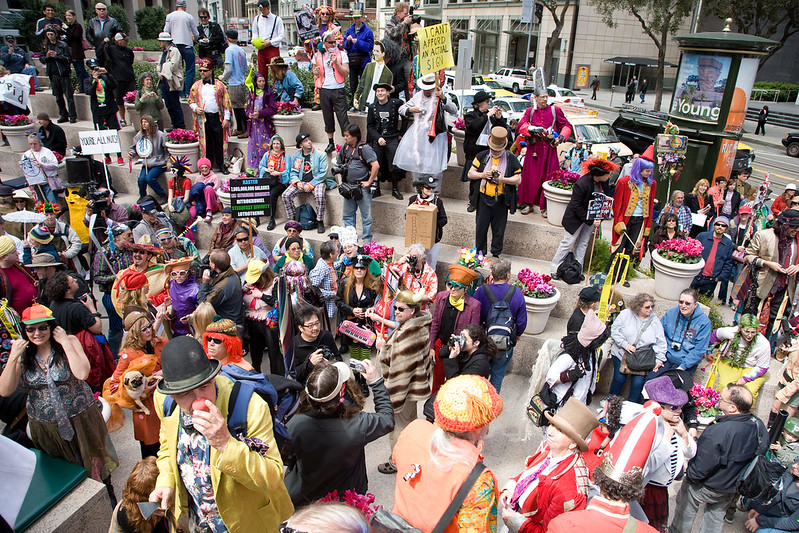 The parade makes its Stupid way through North Beach on years when April 1st falls on a weekend, and on weekday 4/1’s the Stupid massive meanders through The Financial District, chanting Back to work! Back to work! at those who peek out their office windows as the thumping Stupid horde goes by.

The parade features a number of rituals along the way, The Stations Of Stupid, that include throwing socks in the air at the old Pacific Stock Exchange and knocking on “The Tomb of Stupid” to see if he’s home–he never is. 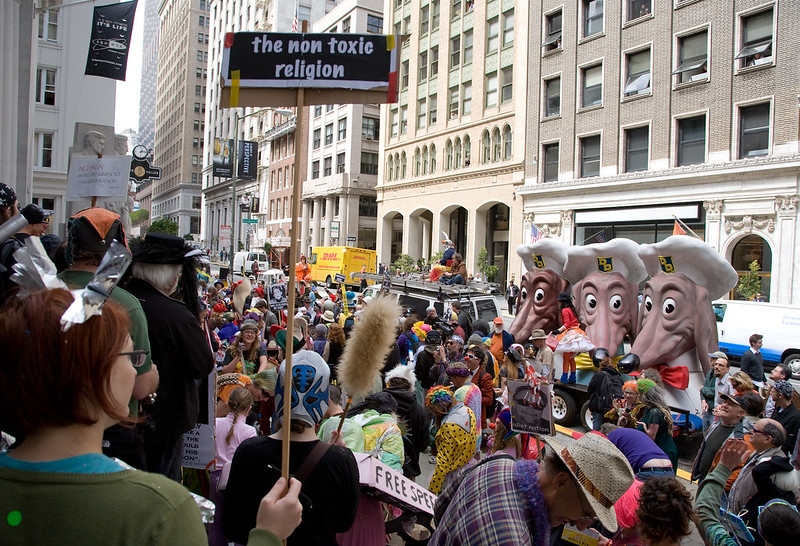 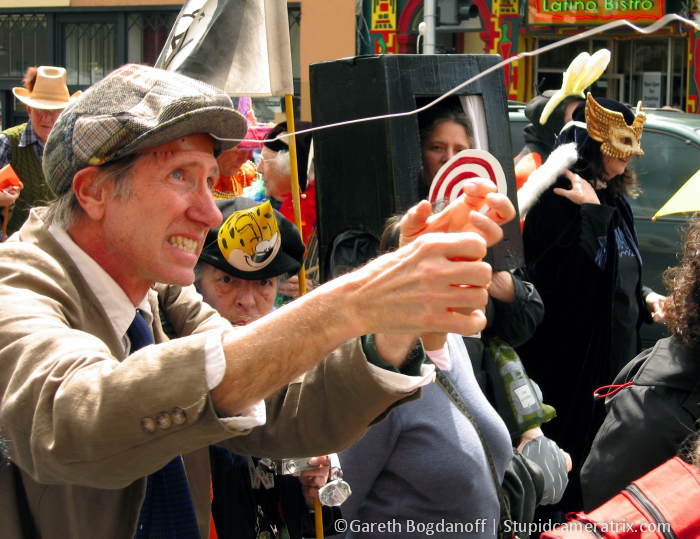 It is a truly great and serentypical San Francisco happening each year as Frank Chu, multitudinous motley cacophonists, and the ghost of Emperor Norton all stroll the streets proudly in their finest buffoonery.

Much more visual evidence of past parades is available on Flickr, including Scott’s images and video from last year. But the earliest photos of the event shot by our primary tentacle are from 2003 and you can see them here. 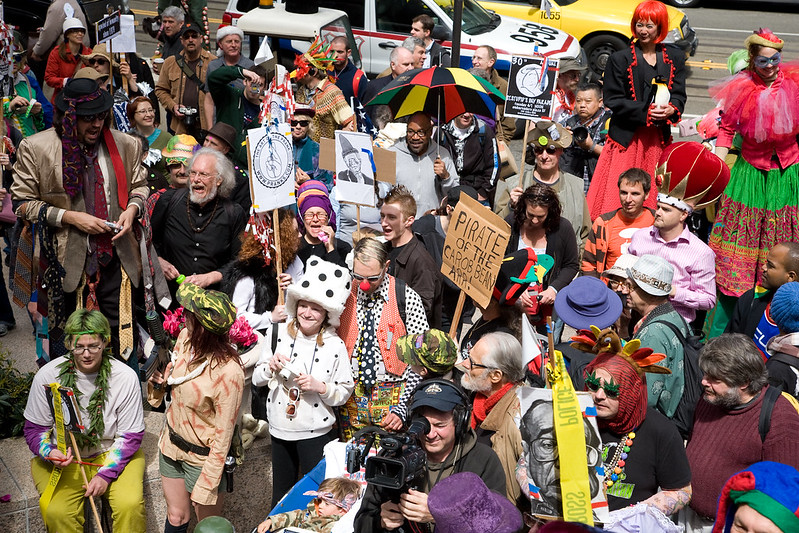 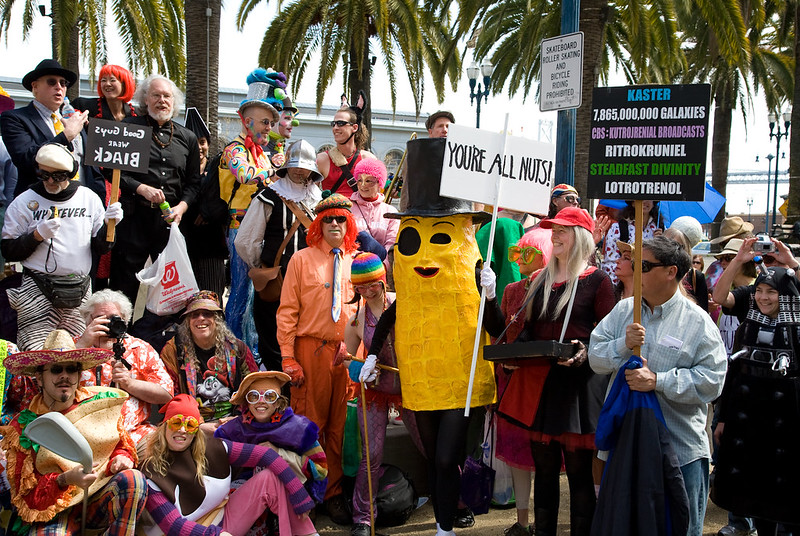 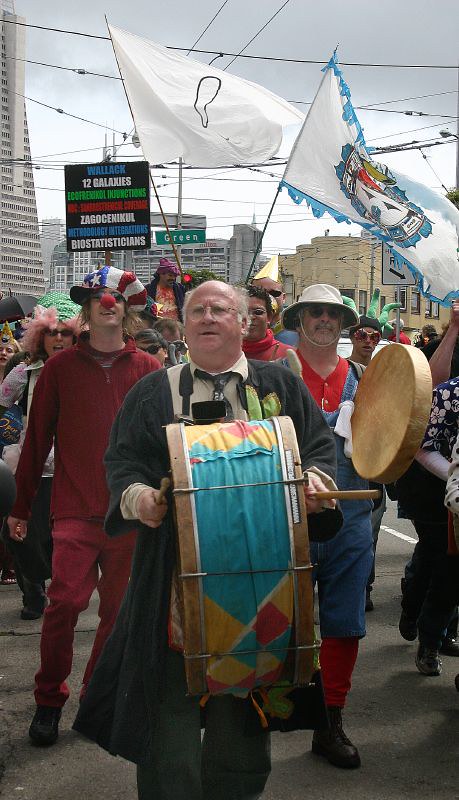