Matt Baker of Useful Charts quite amusingly examined the George Washington extended family tree to determine who would be king in this age if the then-new United States of America had been created as a monarchy rather than the representative democracy that it is today.

Baker separated out the family into three different lines – the Custis-Lee line, the Senior line and the Mount Vernon line.

What if George Washington had accepted the title of king? Who would sit on the American throne today? Well, it’s a difficult question to answer since George Washington did not have any biological children. But, just for fun, I decided to figure it out. I wound up with not one, but three possibilities, based on three relatives he might have chosen as his successor. 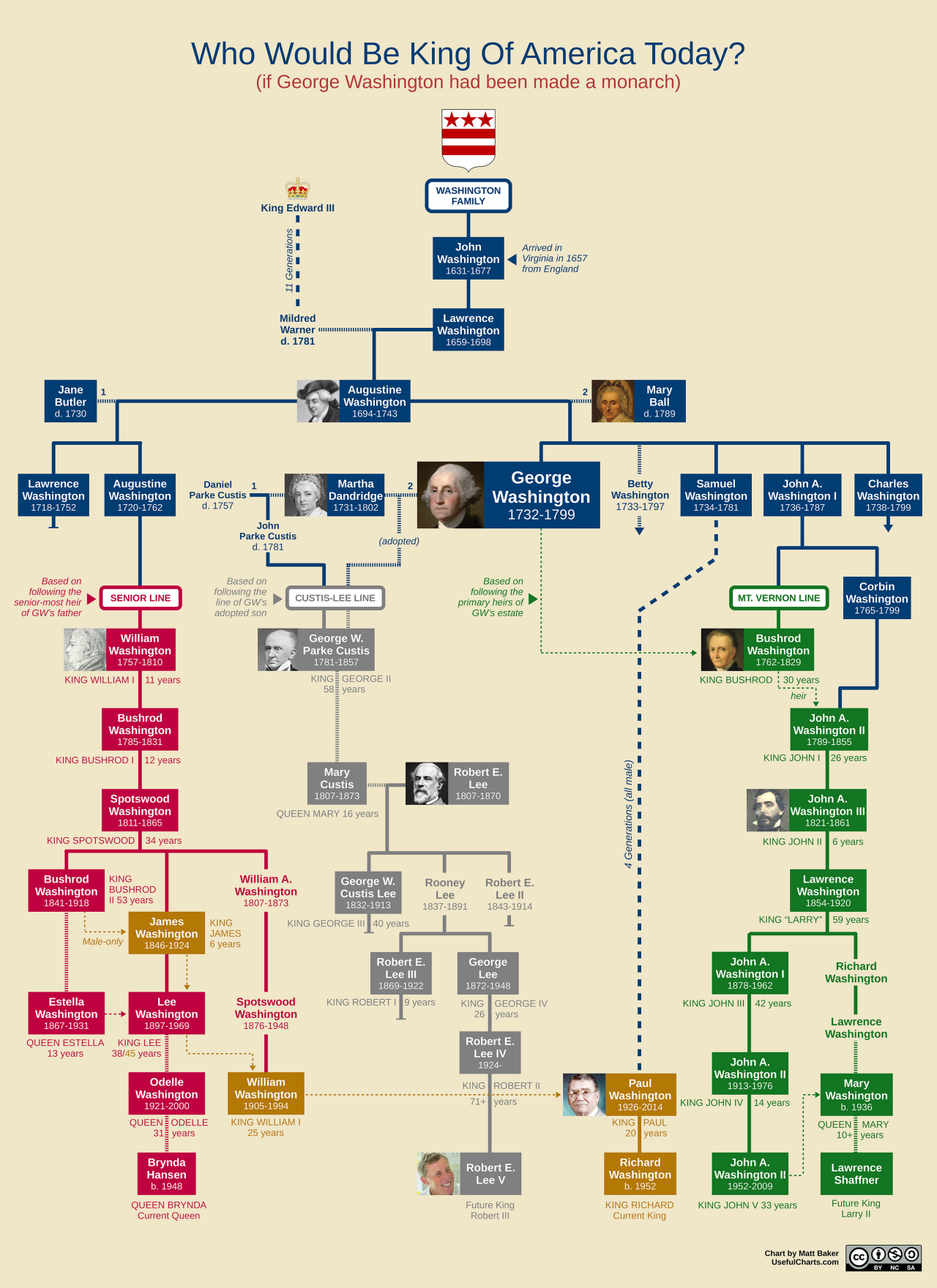