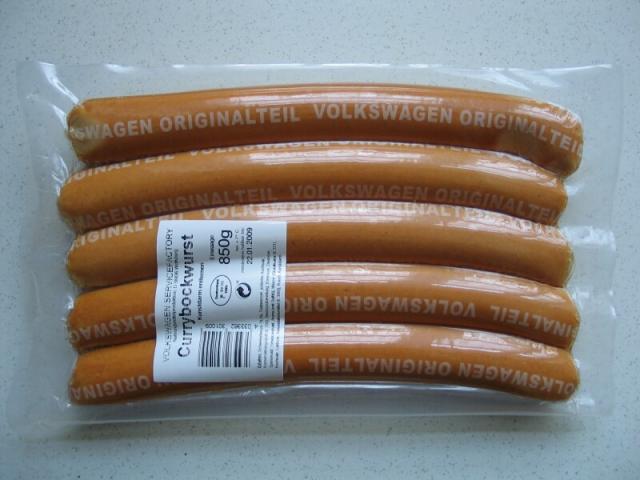 Since the early 1970s, German automotive brand Volkswagen (VW) has been producing its own Currywurst sausage. It is made at the butchery in VW’s Wolfsburg plant, which churns out over 4.8 million Currywursts per year. For years, it was only available to its German employees and visitors to Autostadt, VW’s theme park. Now it is also available at the Deutsches Currywurst Museum Berlin, an entire museum dedicated to currywurst. In the 1990s, VW began creating their own brand of thick ketchup to top the sausage. 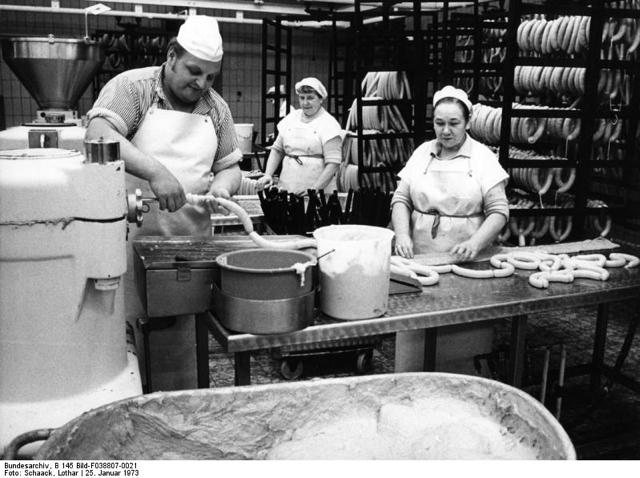 The Butcher Shop at the VW Factory, January 1973

photo by Lothar Schaack via Wikipedia