An Urban Camouflage performance took place in 2007 at a Stockholm IKEA where people roamed the store wearing costumes made out of papers, boxes and bags.

Urban Camouflage deals with the question how to camouflage oneself and one’s identity in the urban space. Our costumes are inspired by the «ghillie suits», the military camouflage suit. It was an adventure to wear the suit in the stores because of the conflicts with the employees, the reaction of the customers and also to see the pretty well camouflage effect in a real situation. 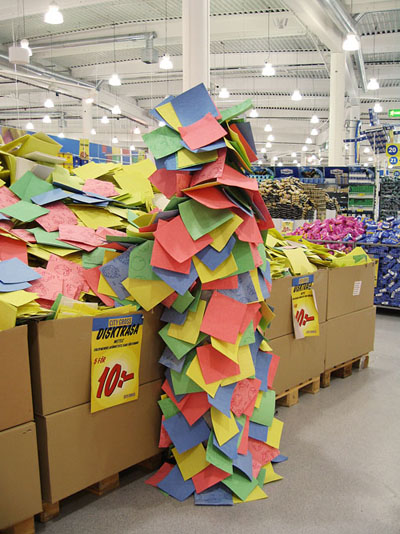