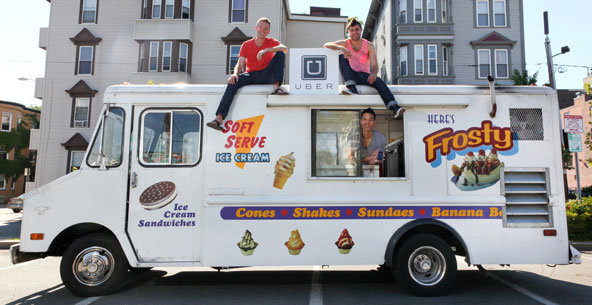 photo by Dan Watkins for The New York Times

On Friday, July 13, 2012, Uber is providing on-demand ice cream trucks in Boston, Chicago, New York, San Francisco, Seattle, Toronto, and Washington D.C. in honor of National Ice Cream Month. For this one day only event, ice cream enthusiasts can download the Uber app and summon one of the Uber ice cream trucks. A recent article in the Bits section of The New York Times quotes Uber’s general manager Michael Pao as saying, “Opening your app and tapping a button and having something show up is magical when it comes to transportation. We feel it will be magical for other things too.”

Uber is a San Francisco-based startup that has a smartphone app for requesting “stylish rides” on-demand and in the past, had a promotion where they provided on-demand mariachi fiestas. 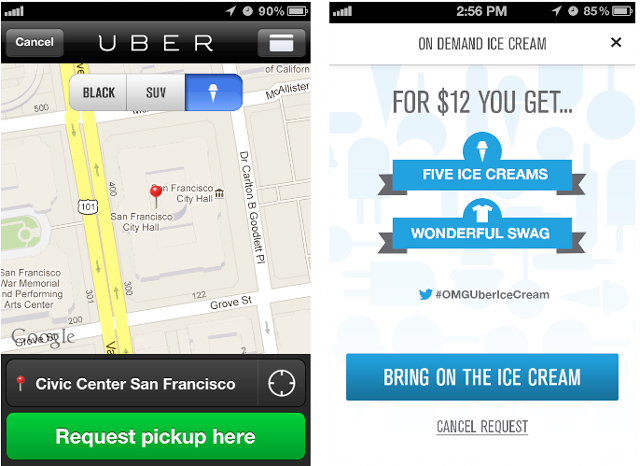